Posted by Marina
May 25

Contrary to what was expected after January 15, when China and the United States signed phase one of the trade agreement after almost two years of a tough dispute, relations between the two countries started to intensify and cause concern and strangeness, with a rapid wear being recorded.

Even so, representatives of both governments, at certain times, again affirmed that phase one of the trade agreement would be intact despite all the problems and declarations. Analyzes and figures, however, show another scenario and perspectives that already signal concerns.

A study by Agrinvest Commodities shows that the pace of Chinese purchases in the North American market is not moving in the expected and necessary way to reach the financial volume signed between the two countries.

"The trade agreement may sink. The pace of purchases does not reach 50% of what is necessary. By the end of March, China had bought US $ 20 billion in goods against a target of US $ 43 billion", explain the analysts of Agrinvest Commodities. The graphs below illustrate the current moment:

The North American markets do not work on Monday (25) in celebration of the Memorial Day holiday and, therefore, it is still not possible to understand how agricultural markets will react to this new worsening scenario between the two countries. It is known, however, that the North American agribusiness needs new purchases from the Asian country so that it has more security, adjustment of its stocks and, mainly, a resumption of the prices of its products.

"As long as Trump leads the U.S. there is no possibility of a full trade agreement between the U.S. and China. In other words, we see no chance that Trump will have trade relations with the Chinese again as he had in 2017, even before the whole war broke out. There may be specific incentive packages such as in 2019, at the beginning of 2020 - which have not yet been implemented ", explains the director of ARC Mercosul, Matheus Pereira.

Still in the ARC's analysis, "China may give 'commercial crumbs' to the USA, offering tariff-free shopping packages. However, these packages are superficial and may be more beneficial to China itself than to the USA, since that there is no reopening of free trade, and China controls what should be imported under tariff exemption, specifically speaking of agricultural products ".

Yes. Pereira believes that as long as Donald Trump remains president of the USA, Brazil should continue to benefit from the continued concentration of demand, mainly for soy, from the Asian nation in the national market, in addition to other products, such as meats, for example.

"And in a hypothetical scenario, even if a Democratic candidate will win this year's US election and shape a trade deal with China in 2021, it shouldn't be overnight. It will take time, the Chinese will to want to benefit from this possible reconstruction of trade relations and, of course, the USA, as a potential that they are, regardless of the leader they have, will want to maintain their hegemony, the political and economic forces they already have, not giving in too much to the wishes of China " , concludes Pereira.

The new coronavirus pandemic has been the main catalyst for these harsh new statements between the two nations in attacking each other, after U.S. President Donald Trump said the virus appeared following the signing of the first phase of the trade agreement between the two.

US Secretary of State Michael Pompeo even blamed China for 'hundreds of thousands of deaths' from the coronavirus. Likewise, Trump even threatened the Chinese with new tariffs on their products on account of Covid-19.

All issues related to relations between China and Taiwan are also on the agenda and may further compromise the relationship between Chinese and Americans. 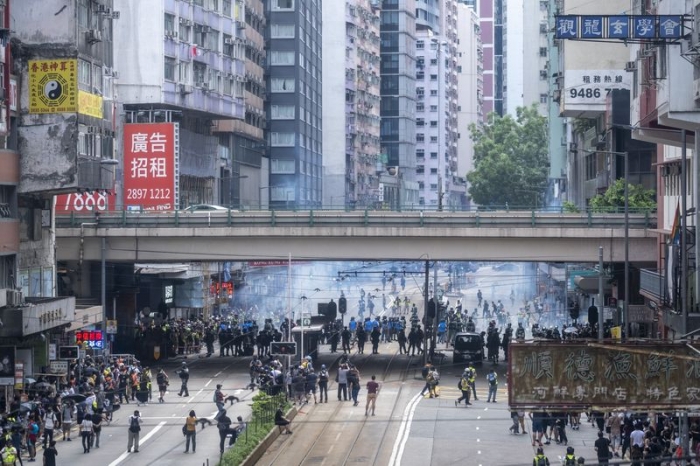 
"Mike Pompeo congratulated" President "Tsai-Ing Wen, recognizing Taiwan as an independent country," warns Agrinvest, in addition to highlighting the fact that China is studying the passing of Hong Kong laws, "limiting the rule of law of earlier this year, the US Senate had approved a mechanism to verify the freedom of expression of the local population. "