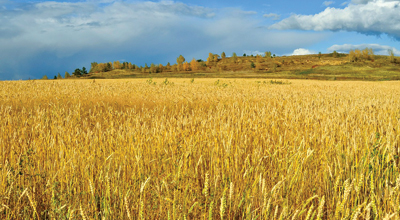 The USDA’s November supply and demand report brought an important and structural surprise with the cut in the U.S. crop. No estimate in the U.S. private sector pointed to a new loss of production in the announced proportion. USDA confirmed the new number of losses and consolidated a corn price for the CBOT above USD 4.00/bushel until the 2021 crop in September. This is because the cut in stocks was also accentuated to the lowest since 2014, which puts pressure on the results of the South American crop in 2021 and the next U.S. planting. USDA also forecast the increase in Chinese imports for this business year.

The 2020 U.S. crop was planted in a perfect window, that is, until May 30 for corn, and until June 15 for soybeans. There were no obstacles as in 2019 for planting, nor for development in July in the critical stage of corn pollination. In August, a storm hit Iowa and part of Illinois, with strong winds, damaging most corn plantations and some of soybeans. The sequence was a drier climate for both these states. However, corn was ready, and the drier climate reached soybean crops, basically, due to the decisive moment for the level of production.

USDA cut production in the September and October reports, and there was still no market expectation that the cuts could go any deeper. In this month of November, the market still expected some downward adjustment, and the department brought a bigger than expected cut. Productivity fell to 175.8 bushels/acre, the lowest since 2018, bringing production to 368.5 million tons, still a good historical figure, but well below the initial projections of 384/400 million tons.

This text was translated by machine from Brazilian Portuguese.