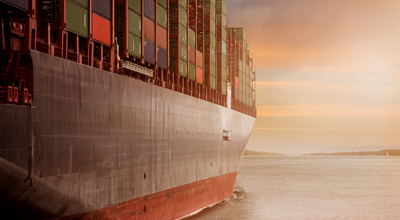 The participation of agricultural products in the movement of cargoes in Brazilian ports increased from 16% by 2019 to 21% in 2020, despite coping measures of the Covid-19 pandemic. Until last month, the circulation of agricultural products reached 175 million tonnes. The data refer to the first ten months of the two years. In this period, the total movement of loads in Brazilian ports was 850 million tonnes. This amount is 3.7% higher than that registered in the same period last year.

The information forms the analyzes compiled in the logistics bulletin, released this week by the National Supply Company (Conab). The study was made on the basis of data from the National Agency for Water Transport (ANTAQ) to the third quarter of 2020.

Brazil has 34 public ports and 147 terminals of private use (TUP), responsible for maritime and river movement of 80% of the goods consumed daily. Of all movement, 65.5% are held in TUPs and 34.5% in organized ports.

Data from the logistical bulletin reveal the impact of agricultural products in Brazilian exports. Until last month, the sector recorded a surplus in the commercial balance of $ 75.5 billion: US $ 85.8 billion (exports) and US $ 10.4 billion (imports). According to the Ministry of Economy, in October, Brazilian exports would reach US $ 210.7 billion, and agribusiness participation would reach half of this total.

In the agricultural sector, the soy complex has the highest accumulated value of all chains - 39.2% of the total - followed by meats with 16.4%.

This text was translated by machine from Brazilian Portuguese.