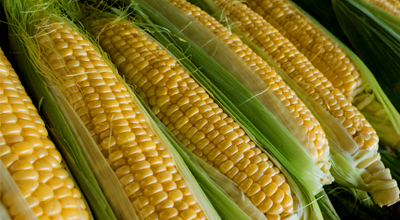 Porto Alegre, December 14, 2020 – This domestic market move towards price stabilization in December and January was considered regionally as a possible hypothesis. Selling needs by growers, emptying of warehouses, and the feeling that prices were already high contribute to this profile. Once again, the market denied some distorted assessments, such as those that pointed to a lack of corn in December and January. Now, there is a long supply path until the arrival of the 2021 second crop, and the losses registered in December should not be prolonged too much.

Brazilian exporters are basically fulfilling their December shipments, which are already approaching the good number of 4 million tons. The first ships for January start to appear in registrations and, with that, we have the business year accumulating 32.2 million tons. With the January commitments, the annual number will be close to the target of 33/34 million tons, with no surprises. What can happen is that this supply gap in some locations such as Mato Grosso, Paraná and Mato Grosso do Sul may generate some new origins and additional shipments for January.

Domestic consumption is not changing. What has effectively changed is the conception of prices in the meat sector, based on the fall in the prices of fattened cattle and sales to China. This decline in prices is squeezing the operating margins of the meat sector and leads consumers to use the corn reserves available in warehouses. This indicates that the sector is consuming corn reserves, without replenishment, in several locations in the country. Many believe that there will be a summer crop for everyone and lower prices due to the situation of the meat sector. This will only be possible with a strong retraction in domestic consumption, which seems far from being confirmed further ahead.

Losses in the South region are already affecting seasonality in 2021. Usually, January and February are months with prices under pressure in Rio Grande do Sul and Santa Catarina due to the arrival of the crop from the western region of the state. This supply cut ends up dropping prices also in Paraná and Mato Grosso do Sul, with indirect consequences to the São Paulo market. At this moment, what supplies Rio Grande do Sul and Santa Catarina for the January demand is corn available from Paraná and Mato Grosso do Sul. At the moment, when growers in these states reduce future sale commitments and companies fulfill their necessary sales, supply tends to sharply decrease.