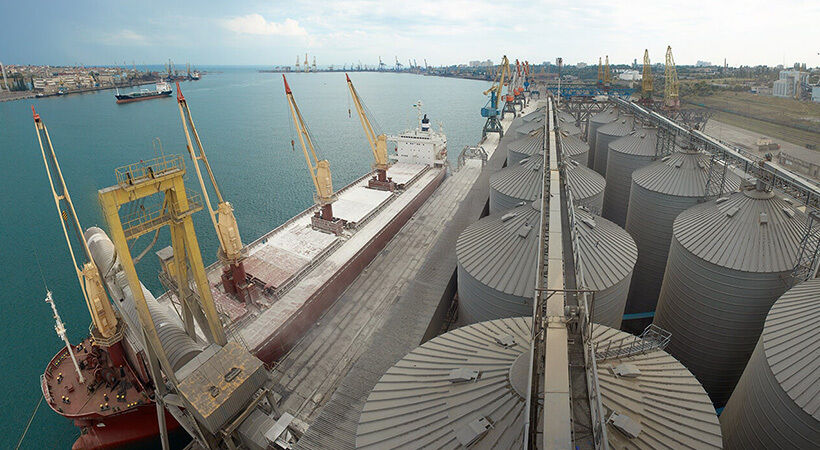 Increased investment in port capacity in Ukraine over recent years could drive higher competition between terminals and slash trans-shipment costs, according to an AgriCensus report.

Ukraine’s total annual grain handling capacity had increased to at least 78M tonnes, with a record 69.1M tonnes of exports in 2019, the 8 December report said.

However, hot, dry weather in 2020 pared-back yields and production outlooks, cutting back the country’s export surplus by around 14M tonnes. This could result in terminals cutting their elevation costs to keep them operating.

“If you have your own terminal, you would rather sell elevation costs at US$5-$7/tonne than have it stand idle, as there are more terminals available when the crop has fallen,” one trader told AgriCensus.

Elevation costs reflected the price of building cargoes from the domestic corn market into export volumes for free on board (FOB) ports and were typically around US$10-11/tonne.

Most of Ukraine’s largest exporters had their own terminals including Nibulon, Kernel, Glencore, Cargill, Louis Dreyfus and Cofco, but would typically run their terminals at closer to full capacity, AgriCensus wrote.

Terminals not aligned to specific traders were the ones that needed to cut costs to attract more volumes and keep their terminal operating.

“There potentially will be higher competition and dumping of costs in March, or maybe even in February…[as] there is a lack of cargoes and more terminals,” said Andrey Sokolov, the director of a Ukrainian shipping magazine.

In 2017/18, when Ukraine’s crop last suffered a heavy cut, terminals were forced to decrease costs from around US$12/tonne to around US$7.50/tonnes for separate terminals, he added.