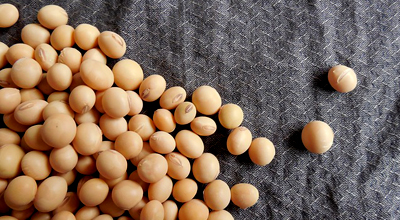 Brazilian soybean production for the 2020/21 crop must total 133.104 mln tons, an increase of 4.7% over the previous season’s output, which stood at 127.178 mln tons. The new estimate was released by SAFRAS & Mercado on January 29. The new figure also indicates an increase compared to the December projection. On December 11, the date of the previous report, the projection was for a production of 132.498 mln tons.

With the harvest in its early-stage, SAFRAS indicates an increase of 3.2% in the area, estimated at 38.61 mln hectares. In 2019/20, the planting occupied 37.43 mln hectares. The survey indicates that average productivity should rise from 3,415 to 3,465 hectares/kilogram.

The climatic irregularity has marked this season. Within the same state, there are microregions with crops in different conditions. This fact is likely to prevent us from reaching new records for average productivity in most states.

Nevertheless, in general, the conditions of national crops are considered quite satisfactory, without significant production losses. Anyway, due to the irregularities, only the advance of the harvest will reveal the true situation of the productivity of each state.

The climate is still important for the consolidation of Brazilian production. In Paraná and the states of the Midwest and Southeast regions, from the beginning of February, there can be no great excess of moisture so that the harvest begins and progresses at a satisfactory pace and grain quality is not impaired. For Rio Grande do Sul and the states of the North and Northeast, reasonable moisture will still be welcomed in February. Brazil starts reaping the new crop with the trend of a new record production.