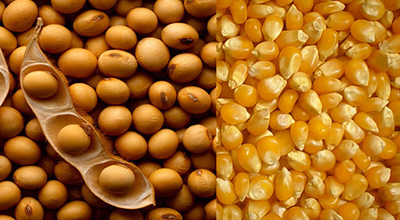 
The USA shipped record volumes of soybean and corn to China during the final quarter of 2020, AgriCensus reported from US Census Bureau data on 5 February.

The USA had shipped 23.11M tonnes of soybeans to China during the final quarter of 2020 taking total annual exports to 34.57M tonnes.

Although soybean shipments had reached record levels in this period, total exports had fallen short of the 2016 record of 36.05M tonnes but had topped the 22.61M tonnes exported in 2019, AgriCensus said.

Soybean shipments in December had reached 6.82M tonnes, which was a record for that month but slightly below the 7.8M tonnes set the previous month.

Meanwhile, corn shipments from the USA to China in the final quarter had also reached a record 3.91M tonnes of corn, taking 2020’s total to 6.93M tonnes, AgriCensus wrote.

The data showed that the USA had shipped a record $US26.43bn of agricultural goods in 2020, AgriCensus said, with more than half shipped during the final quarter. While this figure was higher than the $US20.83bn exported in the baseline year of 2017 – as set out in the phase one trade deal between the USA and China – the trade in 2020 had fallen short of the first year target of US$33.3bn.