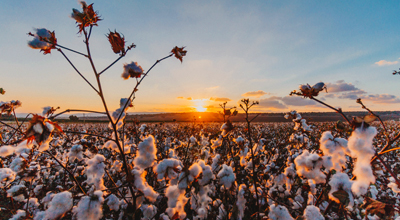 
The sowing of cotton in Mato Grosso is on its way to the end. According to the Mato Grosso Institute of Agricultural Economics (Imea), until last Friday (19), it reached 95.45% of the predicted areas. The delay in planting is still a point of attention this week, since in the same period last year the field work had already been completed.

What is also of concern is the production cost, which is higher for the 21/22 harvest. In January, the total effective operating cost increased by R $ 290.53 / ha in the month, estimated at R $ 12,200 / ha. Imea estimates that this increase is linked to the increase in fertilizer and corrective prices (+ 3.53%) and pesticides (+ 1.20%), inputs quoted in dollars.

In addition, producers who use the seed as a payment method to benefit their production will have increased expenses with classification and processing (+ 3.69%) in the monthly comparison. "For the cotton grower to be able to cover his cost (COT) it is necessary that he sells his feather at an average of R$ 104.72 / @. On the other hand, the producer has so far managed to balance the" accounts ", due to future prices attractive and the demand heated, which consequently increases revenue ", says the bulletin.