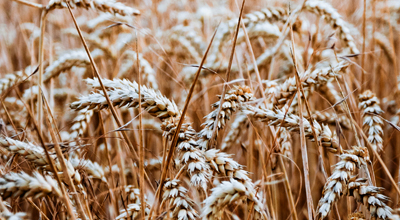 
The wheat production chain in São Paulo met, remotely, on the morning of March 3, for the first meeting of the Sectorial Chamber of the grain in the state to assess the numbers reached in 2020, the cereal market and estimate its harvest year.

According to the survey based on reports from the largest cooperatives in São Paulo, the state foresees an increase in area of ​​up to 15%, with a new production record. “If we have a positive year in relation to the climate and the expectations of the producers come to fruition, we will have a production of approximately 340 thousand tons in São Paulo”, affirmed the president of the Wheat Sectorial Chamber, Victor Oliveira.

The meeting, which included the participation of different links in the chain, discussed, in addition to estimates for this year's harvest, the numbers for 2020 and the market scenario in the first two months of 2021. “According to the figures raised at the end of the year, together with the cooperatives and the movements of wheat registered in these last months, we can say that São Paulo beat the house of 300 thousand tons produced. Part of the wheat produced in the state, according to the cooperatives, is still in stock and will be sold over the next few days, ”said Oliveira.

On the part of the mills, the moment is of great uncertainty, with a lot of volatility, a factor that makes life difficult for the milling industries, due to the complexity of pricing the product on the market. “We can say that this was one of the beginning of the year with the lowest sales volume, with very low numbers in the state. Factors such as the strike in Argentina and the high price of wheat result in a significant drop in the crushing in São Paulo, which has lost its share in the national scenario”, said the president.

The Wheat Head Sales - Brazil of Sodrugestvo, Douglas Araujo, was invited by the Chamber to present to the participants of the meeting an overview of the wheat market in the world, highlighting the opportunities and estimates for the grain in Brazil.

According to him, the world has been going through a cycle of high commodities, a fact that has always been observed after a period of recession such as that which is being experienced with the pandemic. “We observed an upward movement in corn, which directly reflects in wheat prices. Sea freight, for example, which was stabilized, increased by 80% at the beginning of the year, when compared to December 2020, increasing up to 15 $ a ton. We don't see any relief from this scenario in the short term”

The presentation also pointed to the possibility of commercializing Lithuanian wheat in the state, which, unlike Russian, can be ground in the interior of São Paulo, without phytosanitary restrictions. “The two wheats, from Russia and Lithuania, reach the market in the same period as that produced in São Paulo. We are sure that the São Paulo producers can bet on the production of the grain because, what is not absorbed by the mills can be easily traded with other states or, even, outside the country”, he said.

At the end of the meeting, Embrapa Trigo presented an alert system for wheat blast, a disease that causes losses and frustrations in the contaminated crop. According to the presentation, this system, which was developed by the entity, analyzes the conditions of the grain crop, signaling whether the scenario is favorable or not for the development of the disease in the analyzed area.