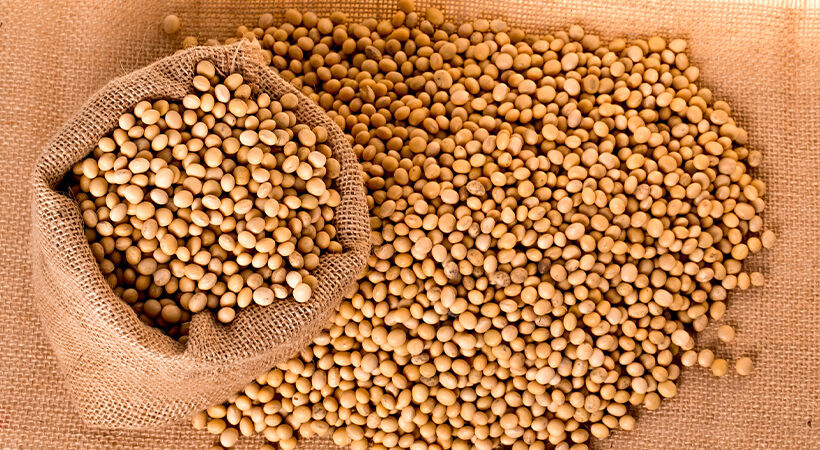 
Brazil is expected to confirm a record soybean harvest of more than 130 million tons and the market is expected to maintain firm prices both on the Chicago Stock Exchange and on the national physical market. These were some of the highlights of the lecture by SAFRAS & Mercado consultant, Luiz Fernando Gutierrez Roque, during the first day of SAFRAS Agri Week, a totally online event that takes place from March 9th to 11th.

According to the consultant, the main challenge of the moment for Brazilian production is that the harvest is taking place with excessive rainfall in the Midwest. “We came from a very positive climate in the Southeast and Midwest, the focus was on Rio Grande do Sul and the entire South due to the lack of rain with La Niña. Despite some problems in RS, the harvest is good. On the other hand, the Midwest now, mainly Mato Grosso, but also Goiás and Tocantins, despite the good development of the harvest, it faces excess moisture ”, he stressed.

This climatic condition brings both productive and quality losses. But this will not take Brazil out of a record harvest, it should only impact quality. The estimate of SAFRAS for the time being is a soybean production of 133.104 million tons in 2020/21, with an increase of 4.7% over the 2019/20 harvest, indicated in 127.178 million tons. Luiz Roque says that SAFRAS should revise downwards the estimate of Brazilian production due to climatic problems, especially now with the rains in the harvest in the Midwest. But it will still be a record harvest of more than 130 million tons.

In the market, the consultant pointed out that prices were exceptional in 2020, with the high dollar being fundamental to support soybean prices, with the global currency skyrocketing with the global risk that the pandemic brought. Brazilian soy has become more competitive and China has increased its demand for food. Soy exports skyrocketed and there was an increase in domestic demand with an increase in meat exports. Roque pointed out that, despite the Chicago Stock Exchange having been at relatively low prices between January and August 2020, the dollar pushed prices and exports in Brazil. With China having bought a lot of Brazilian oilseeds in the first eight months of 2020, the last four months of the year were of lower supply and domestic price detachment in relation to Chicago, with soybeans at R$ 180.00 a bag in some squares. And Brazil with the smallest passing stocks in history.

Then the Chicago Stock Exchange reacted and is at the highest levels since 2014, reflecting North American production problems in 2019 and 2020, the increase in demand from China, record exports in the United States, strong North American crushing and tightening in inventories, stressed the consultant. He indicates that in the first half of 2021, if the climate is worse in Brazil, and also in Argentina, prices may rise more in Chicago and even exceed US$ 15.00 a bushel. Today the May contract is around US$ 14.30. On the other hand, if the area planted in the United States grows and the climate is favorable for planting, there is room for downward corrections.

In the second semester at the Stock Exchange, Luiz Gutierrez Roque says that the climate market in the USA may change prices. In a scenario of productive losses, prices can test and exceed US$ 15.00 a bushel. But in a picture of record harvest, the quotes can test US$ 13.00 to US$ 13.50. Thus, Roque works with the possibility of prices ranging from US$ 13.00 to US$ 15 a bushel in 2021. With weather problems in South America and / or the USA, the price may break up the US$ 15,00 line.

In Brazil, for soybean prices, the consultant believes in firm prices, with the dollar above US$ 5.00. Perhaps the American currency will turn from a minimum of US$ 5.20 to US$ 5.30 with the biggest global economic activity with the world winning the pandemic with vaccination. It depends a lot on the political-economic instability in Brazil as well. And the dollar at these levels should keep soybean prices in Brazil sustained. Contributing to this is the fact that Chicago has firm prices, Brazilian inventories are low, there was a delay in the harvest and the country has already sold a large part of the harvest.

This text Was automatically translated from Portuguese.