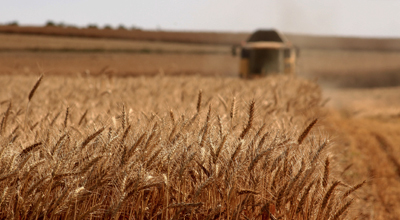 
The 2021 winter harvest begins with good advantages for producers, according to projections by analysts and representatives of the sector. The lowest cost in sacks of wheat; the appreciation of the value for wheat above the historical average; the genetic safety of cultivars; the adequate supply of seeds in the market and the strategy of apportioning the fixed costs of farming with soybeans are among the factors that are motivating producers to increase the planted area.

According to the researcher of the Rural Economy sector at Fundação ABC, Cláudio Kapp Júnior, an important advantage for the producer this year is that the average price of the crop is at higher prices at the time of budget formation. “In the 2021 harvest, the farmer will save an average of 390 kg of grain wheat per hectare to pay the cost. In addition, there is an expectation of commercialization at good prices, which makes the prospect of results rise from approximately R$ 527 to R$ 1,240, that is, R$ 713 more per hectare”, he explains.

Cláudio points out that the balance is positive for the producer that year even with the increase of approximately 30% in the composition of the variable costs of wheat. The value of variable costs increased from R$ 2,461 in 2020 to R$ 3,204 in 2021 for the region where the ABC Foundation operates, but the price paid increased by 60% in the period.

The calculation to forecast prices carried out by Fundação ABC is based on the relationship between the cost raised and the number of bags needed for funding, considering the price environment at the time when the producer is making the purchase quote for the inputs. “It is necessary to consider that this value may vary, depending on the commercialization strategy. Unlike expectations at the time of cost quotations, if the producer left to sell the 2020 harvest between the months of November and February 2021, he obtained a higher than expected result.

Paraná also projects a good harvest even with an increase in costs in reais per bag, given the remuneration data and the lower costs of the bag of wheat that year. The estimate of the Department of Rural Economy (Deral) of Paraná should be released at the end of March, but according to the coordinator of the Statistics division of the Department of Rural Economy (Deral) of the State, Carlos Hugo Godinho, it is estimated that the area of 2021 should be greater than that of the 2020 harvest, again exceeding 1.1 million ha. “We expect even a larger area and, especially, an increase in production because in 2020 the harvest was severely affected by the drought. The initial estimate foresees a production above 3.5 million tons”, he said.

For Marcelo Sumiya, Technical Assistance Manager at Coamo, even with a 31.5% increase in costs in reais per bag compared to 2020, considering an estimated productivity of 3.5 kg / ha, the conversion into bags in 2021 shows a reduction of approximately 17% in the cost of wheat sacks less than last year. In 2020, the sack of wheat in Campo Mourão / PR was sold at R$ 48 and now the price is R$ 77. “It is a lower cost scenario in bags per hectare compared to 2020 and also the lower the ratio of exchange between the daily price and the cost since the 2015 harvest. ”, he evaluates.

With optimistic forecasts, the trend is that the area sown will also increase. “Having seeds available, as the market signals that we have, we can reach 1.1 million hectares in 2020”, projects Farsul's vice-president director, Hamilton Jardim, who coordinates the wheat and other winter crops commission of Farsul and is president of the sectorial Chamber of the winter crops production chain of the Ministry of Agriculture. Analyzing the prospects of supply and prices paid, Hamilton says that the current harvest has been negotiated by wheat producers with a profit margin above the historical average. “If we analyze the price of wheat last year and compare it with the present and the future, this increase is much greater than the increase in production costs. So the exchange ratio is much more favorable to the producer.

That is why the scenario is highly positive ”, he explains. The current reality is also more secure, quite different from years ago when the producer worked with uncertain values. “The producer is now able to close prices for delivery in November, December, January or February at various places in Rio Grande do Sul. The scenario is very good ”, he projects. Hamilton comments on the costs of wheat production disclosed by the Federation of Agricultural Cooperatives of the State of Rio Grande do Sul (FecoAgro / RS), which indicate an increase of 21.77% compared to 2020. “The composition of costs needs to take into account the legacy left by caring for the land for the next crops.

The fixed cost, which is related to the care of the soil and the depreciation of the machines, is diluted by what is harvested more after the wheat crop, in the same plots that received special attention and handling from the producer in the winter ”. In terms of cost, for Hamilton, the rise in the dollar was responsible for the increase in costs. "Diesel oil went up, inputs went up, consequently this rain of production costs, in our view, was around 25%". Hamilton reiterates that in relation to the cost based on grains, the farmer's currency, the relationship is very much in favor of the producer, which should explain a possible increase in the area in the state.