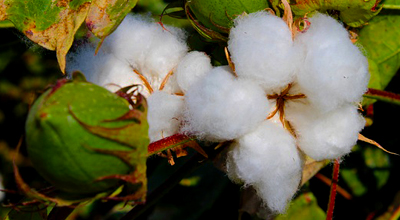 Only in December last year, Brazil exported 370 thousand tons of cotton, half of the domestic consumption in one year. Since July last year, more than 1.6 million tons have been exported. The data are from Henrique Snitcovski, president of the National Association of Cotton Exporters - Anea.

“Until June, we will beat a new record of 2.3 million tons of cotton shipped in this production cycle”, celebrated in a live promoted by the Mato Grosso Association of Cotton Producers (Ampa). Only China concentrates 1/3 of the export demand, but other countries like Vietnam, Pakistan, Turkey, Indonesia and Bangladesh buy the Brazilian product.

The optimism is confirmed by Thomas Reinhart, one of the leading experts in the cotton trade in the world. "Chinese demand is around 10 million tons, half of which is for domestic consumption," he explains.

Reinhart believes that the scenario is favorable to Brazil due to economic sanctions against the United States, our main competitor, and the embargo on the import of cotton and other Australian products. These factors favor greater penetration in the largest consumer market for the feather.

To meet the demand for exports and domestic consumption, Mato Grosso remains the main Brazilian producer. For the crop being planted, 2 million tons should be harvested. Even with the decrease in the planted area, Paulo Aguiar, president of Ampa, is optimistic. "Despite the delay in planting due to the delay in the soybean harvest, the state's production may exceed the forecast and the expectation of the Brazilian harvest is 2.7 million tons", he evaluates.

The decrease in the planted area and the demand for exports are of concern to the president of the Brazilian Association of the Textile and Clothing Industry - Abit, Fernando Pimentel. For him, the recovery of sales in the second half of 2020 was far beyond expectations, thanks to emergency aid and other measures from the federal government. "Of the segments that make up our industry, spinning was the only one that had a positive accumulated in 2020 compared to 2019", he highlighted.

However, he believes that this result may not be repeated this year. "The euphoria of consumption ceased and December was no longer what we expected," he says. Part of this is related to increases in food, which is draining much of the income of Brazilian families.

Paulo Aguiar believes that Brazilian production is able to meet national consumption, which is around 700 thousand tons. "We still have 330 thousand tons of the last harvest, which added to the production that is being planted will be enough to serve the local and international market," he concluded.

Created by Ampa during the pandemic, the series of online events brings together experts from Brazil, the United States, China and European countries who discuss the production, export and consumption of cotton worldwide and the strategies adopted.