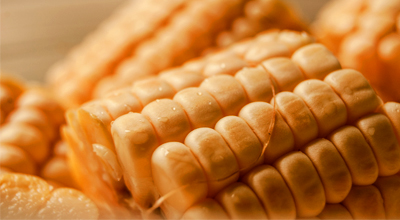 
Santa Catarina wants to expand grain production to supply the meat production sector. The State Government, through the Secretariat of Agriculture, Fisheries and Rural Development, will invest R$ 24 million to encourage the cultivation of corn and winter cereals, bringing more competitiveness to Santa Catarina's agribusiness. The measures were announced by Governor Carlos Moisés and Secretary of Agriculture Altair Silva, this Tuesday, 16, during the Mais Corn forum shown by Canal Rural.

“The productive sector of Santa Catarina is extremely efficient, so much so that 30% of our GDP and 70% of our exports come from agribusiness. To support Santa Catarina's production, we expanded the Terra Boa Program, which makes it possible to distribute high-yielding maize seeds. In addition, we continue to invest in electricity for the rural environment and in improving infrastructure to transport production, provide more agility and optimize logistics in our state”, highlights Governor Carlos Moisés.

With the Terra Boa Program, the State Government will support the acquisition of 200,000 bags of corn seed across the state. There will be R$ 23 million in resources to provide seeds of medium to very high genetic value, which generate a higher yield per planted hectare. The intention is to reduce the grain deficit in Santa Catarina, bringing more competitiveness to the agribusinesses installed in the state and more income to the rural producer.

Break in the corn harvest in Santa Catarina

The president of the Catarinense Poultry Association (Acav), José Antônio Ribas Júnior, explains that corn accounts for 40% of the final cost of poultry production and the price of the grain leaves the sector at a critical moment. “We have to look for alternatives so that we can overcome this moment. The sector does not support all this cost pressure added to the increase in electricity and fuel. The private sector and the public sector have been looking for urgent alternatives together so that we can get into a balanced situation ”.

In her speech, the vice-governor Daniela Reihner highlighted the great challenges of the productive sector and also the importance of the actions of the State Government to foster the increase in production. “I follow very closely the points raised at the Forum as fundamental to the growth of the animal protein market in Santa Catarina and I understand that the state's infrastructure needs to accompany the productive capacity of Santa Catarina. The investment in logistics will be decisive to achieve the necessary supply of grains for the animals ”, she declared.

The Secretariat of Agriculture also concentrates its efforts in the search for alternatives to reduce the dependence on maize and to decrease the production costs. The intention is to reinforce support for the planting of wheat, triticale and barley in the state.

Santa Catarina already develops a Project to Encourage the Planting of Winter Cereals, which intends to expand the area planted with these grains in the state. R$ 1 million will be invested in research in this area, in a partnership between the Foundation for Support to Research and Innovation of the State of Santa Catarina (Fapesc) and Epagri.

According to the head of Empraba Trigo, Osvaldo Vasconcelos Vieira, the southern region of Brazil has the opportunity to open a new agricultural frontier: the winter harvest. “We cultivate only 2.5 million hectares in winter, in an available area of ​​14 million hectares of land available in Santa Catarina, Paraná and Rio Grande do Sul. We have a great opportunity to develop this structure that already exists and that is known of the producer”.

In Santa Catarina, the potential area for the production of wheat, triticale, oats and barley is 600 thousand hectares and, with the Project for Incentives for the Planting of Winter Cereals, producers count on a subsidy from the State Government per hectare planted.

“We have a strategic role in motivating the production chain in Santa Catarina. Since 2019, we have been working on the elaboration of a public policy to, together with entities, cooperatives and agro-industries, establish future contracts with winter cereal producers. And the State Government will provide a subsidy, in the form of insurance, of up to R$ 200 per hectare. Finding alternatives for the supply of grains is the number one banner of the Secretariat of Agriculture,” says Deputy Secretary Ricardo Miotto.

Other actions for grain supply in Santa Catarina

The incentive for the production of winter cereals complements other actions developed by the State Government to increase the supply of inputs. Santa Catarina works to make the Corn Route feasible, bringing the grain from Paraguay directly to the West, in addition to maintaining contact with the Ministry of Agriculture to expand the stocks of the National Supply Company (Conab). With information from the press office of the State Secretariat of Agriculture, Fisheries and Rural Development of Santa Catarina.