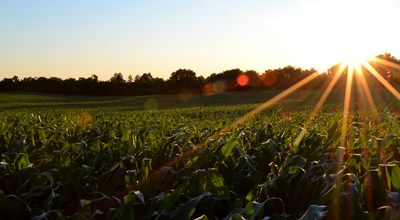 
The La Niña phenomenon, caused by the cooling of the waters of the Pacific, which traditionally causes drought in the South and more rain in the North and Northeast, is weakened, according to the National Meteorological Institute (Inmet). Experts noted a decrease in incidence in February.

The forecasting multi-model of the APEC Climate Center (APCC), a research center based in South Korea, points to a 55% probability that the phenomenon will end in the coming months, starting the phase of neutrality in the next quarter (April - May - June / 2021), with a 60% probability of occurrence. It is noteworthy that, this is not the only phenomenon that determines the behavior of the climate, as there are other natural factors that can intensify or mitigate the potential effects of a La Niña, such as, for example, the temperature of the Atlantic Ocean in the tropical strip or in the Southeast South America.

In Brazil, the rains gradually returned to the South and caused losses in the Midwest and North. Large volumes in February delayed the soybean harvest. States such as Mato Grosso, Tocantins and Paraná observe delays in removing soy from the crop, damaged grains, crops left to be harvested and rotting and loss of the ideal window for planting second crop corn.


In March, April and May, Inmet meteorologists expect above-average rain in the North, Northeast, Midwest and Southeast. The South, on the other hand, may have below average rainfall. Check the detailed forecast by region:

The climatic forecast indicates a greater probability that the rains during the quarter from March to May / 2021 should occur above the climatological average in practically the whole region, being able to be below in the northwest of Pará, southwest of Amazonas, east of Acre, Rondônia and south do Tocantins. In April / 2021, the most significant values ​​of water surplus are forecast for the central part of Amazonas, northeast of Pará and east of Amapá. In May / 2021, the forecast indicates areas of water surplus more localized for the northern part of the North Region, while water deficits are forecast for the southwest of Rondônia and south of Tocantins.

In the Northeast Region, the forecast indicates rainfall above most of Maranhão, Piauí, Ceará, Rio Grande do Norte and western Paraíba. In the other areas, rainfall is forecast to be irregular, with rainfall deviations of up to 50 mm above average in the eastern part of the northeast and west of Bahia, while in the eastern half of Bahia, the extreme south of Maranhão the tendency is for rains below average. For the months of April and May / 2021, an increase in the deficit area is expected, with higher values ​​over northern Bahia.

The forecast indicates that rainfall will occur above average over most of the region, with the exception of the northwest and south of Mato Grosso, south of Goiás and Mato Grosso do Sul, in addition to west of Goiás, where the forecast indicates rainfall below average. In the months of April and May / 2021, there was a reduction in the values ​​of water surplus in the four states and an expansion of the area of ​​water deficit, mainly in the month of May.

The forecast indicates that rainfall will remain above average in much of the Southeast Region, except in northern Minas Gerais and Espírito Santo, southern São Paulo and Rio de Janeiro, where the forecast indicates below average rainfall. For April and May / 2021, an expansion of the deficit area is expected, mainly in the north of Minas Gerais and Espírito Santo. In other areas, low water surplus values ​​are expected.

For the South Region, the weather forecasts indicate that the quarter should have rainfall below the climatological average in most of the South Region, except in the extreme south of Rio Grande do Sul, where the forecasted rains should occur slightly above the average. In the months of April and May / 2021, there is a tendency of reduction in the values ​​of water surplus for the soil.