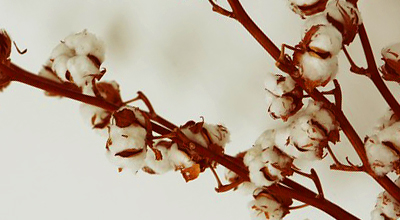 The last Thursday, March 10, was marked by an important meeting between cotton producers in Brazil and representatives of the textile industry in China. On the date, the Cotton Brazil Outlook China took place, an event promoted by Cotton Brazil, an initiative of Abrapa (Brazilian Association of Cotton Producers), in partnership with Anea (National Association of Cotton Exporters) and Apex-Brasil (Brazilian Food Promotion Agency) Exports and Investments), with the Brazilian Embassy in Beijing and the CNCE (China National Cotton Exchange) as co-organizers of the event.

This was the most recent virtual event in the series, which has already promoted meetings with the markets of India, South Korea, Vietnam, Turkey, Bangladesh, Pakistan and Indonesia, through the strengthening of relations between authorities and specialists in the national segment with businessmen in the field. local textiles. On the occasion, the participants receive valuable information on the differentials of the Brazilian featherweight, its characteristics, data on the last harvest and short and medium term projections.

After the official opening with Marcelo Duarte, Director of International Relations at Abrapa and manager of Cotton Brazil, the president of Abrapa, Júlio Cézar Busato, welcomed those present. Soon after, the Brazilian ambassador in Beijing, Paulo Estivallet, stressed the importance of the commercial partnership between the two countries in recent decades. According to him, even with the serious global crisis generated by the Covid-19 pandemic, trade records were reached in 2020.

"Brazilian cotton exports to China grew by 31% between 2019 and 2020. This is proof that Brazil is capable of producing and selling large volumes with great quality," explained the ambassador, adding that "the hard work of producers and authorities has caused the Brazilian product to be recognized and indicated worldwide today ".

China is the main international market for Brazilian cotton

According to data from Abrapa, China, the largest global consumer of cotton, was the largest importer of Brazilian fiber, representing 30% of the total volume shipped between August 2019 and July 2020. The country has had an increasing participation in the purchase of Brazilian cotton: in the last 5 years, Brazil has considerably increased the volume of cotton exported to China by more than 5 times. In the 2015/2016 season, there were 100,661 tons; in the 2019/2020 season this figure rose to 576,680 tonnes, which generated US$ 916.4 million for Brazil.

Yang Baofu, deputy general director of CNCE - China National Cotton Exchange (an organization that has more than 5,000 cotton buyers in its portfolio in China), acknowledged the growing importance of cotton from Brazil to the Chinese textile industry and the need for narrowing increasing among countries. "The integration of the market and the entire cotton industry chain in China with Brazil has formed an exemplary win-win cooperation," he said. Also according to Mr. Baofu, the Cotton Brazil Outlook event represents" an opportunity to further increase understanding, strengthen cooperation, expand the scale of the Brazilian cotton chain's business with the Chinese market and create a healthy international commercial environment".

The webinar continued with presentations by Júlio Cézar Busato, President of Abrapa; Edson Mizoguchi, Abrapa's Quality Manager; Carlos Moresco, Brazilian cotton producer; Henrique Snitcovski, President of Anea; and Marcelo Duarte, Director of international relations at Abrapa. The event was also attended by representatives of the Chinese industry during a rich question and answer session: Eric Weng, Manager of the International Trading Department at Chinatex Cotton (HK) Limited; Nana Zhao, General Manager, Henan Tongzhou Cotton Trade Co .; and Kris Kong, International Manager at Hebei Xindadong Textile Co. The guests contributed their insights on the increase in quality and, consequently, the acceptance of Brazilian cotton by the Chinese textile industry. Still, they suggested actions to increase the share of the feather in the Chinese market, in order to create a win-win situation for all the links in the chain. The Cotton Brazil Outlook - China event is one of several actions of the Cotton Brazil initiative in the main cotton consuming markets in the world.

Cotton Brazil is an initiative that was born at the end of 2020 to promote Brazilian cotton in the global market, after 20 years of constant innovation, research and investments in improvements in the sector. Led by Abrapa (Brazilian Association of Cotton Producers), in partnership with Anea (National Association of Cotton Exporters), Apex-Brasil (Brazilian Export and Investment Promotion Agency), Cotton Brazil intends to take Brazil to global leadership in exports cotton through actions such as digital marketing with a website in nine languages and social networks; marketing of relationship; technical and promotional events; Market intelligence; missions with buyers and sellers; research and strategic partnerships. To more effectively coordinate these actions and foster closer relations with Asian customers, Abrapa has an office in Singapore.