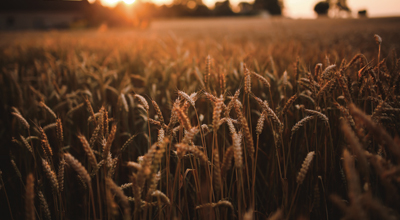 
The Brazilian wheat market had a week marked by slow negotiations. The summer harvest continues to demand the attention of producers and saturate the flow logistics. Thus, business reports are punctual and basically for delivery starting in April.

Indications remain close to R$ 1600.00/t in the Paraná market. In Rio Grande do Sul the points of purchase and sale remain distanced. For the new harvest, indications from R$ 1,320.00/t. The total production cost calculated by Fecoagro in the state was around R$ 1,100.00/ton, depending on productivity.

“Even discounting logistics expenses, the price in the interior of the state would cover the total cost of production, something that is quite rare for wheat. Planted after soybeans, the cereal shares the fixed costs of the crop with the oilseed. Thus, as soon as operating costs are covered, wheat farming becomes attractive ”, explains SAFRAS & Mercado analyst, Élcio Bento.

The Chicago Commodities Exchange (CBOT) for wheat had a negative week. Without fundamental news, the favorable climate in the producing regions of the United States and the sharp drop in oil on Thursday ensured the losses, even with the good result of American weekly exports.

Another pressure factor on foreign prices was the prospect of an increase in supply from Russia. In addition, the local government already indicates that it will not regulate exports in the season, loosening the measures adopted last year. Russia is expected to produce 79.2 million tonnes of wheat in 2021, according to SovEcon. The volume is above the 76.2 million tons previously forecast.