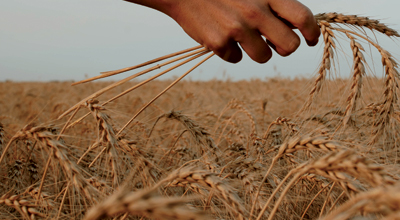 
Chicago wheat prices fell further this week, with Thursday closing at USD 6.12/bushel in the first month quoted, against USD 6.30/week earlier. Recalling that at the end of February it reached USD 6.80. The price of this day 25/03 is the lowest of the last three months.

American wheat exports totaled 648,485 tonnes in the previous week, exceeding market expectations. In the accumulated of the commercial year, the volume reaches practically 20 million tons exported, being only 0.7% below that registered a year earlier. Here, too, the market awaits the planting intention report in the USA, scheduled for 03/31. And in Brazil, prices remain firm. The gaúcha average at the counter closed the week at R$ 78.08/bag, exceeding the average market price of corn. In Paraná, wheat prices were between R$ 80.50 and R$ 81.00/bag.

With the difficulties imposed by the new social isolation, in practically all of Brazil, the market is put on hold. There is an expectation that demand will improve with the departure of the new emergency aid starting in April. However, as the national harvest was again bad in 2020, and imports are expensive due to the exchange rate and international prices, the domestic price for wheat does not yield. This does not prevent the producer market from having concerns about prices for the new harvest, should it be full. In this sense, consumption campaigns in favor of national wheat are being carried out, as in Rio Grande do Sul. After all, according to the 2017 Agricultural Census (IBGE), 19,716 rural properties in Rio Grande do Sul cultivated wheat, with the expectation that, in this harvest, the planting exceeds one million hectares, something that has not been seen since 2014.

Anyway, in terms of the market, the biggest profit with the wheat from the 2020/21 harvest occurred in November last year. According to TF Agroeconomic, in the beginning of last November the average price of wheat in Paraná was R$ 84.10/bag. The average variable cost reached R$ 45.58/bag. Now in March, the average price reaches R$ 90.61/bag, while the average variable cost rose to R$ 57.11/bag. Thus, in November there was R$ 38.52/bag left, while now in March there is R$ 33.50 left, even with the price increase in this period. However, for the analysis to be effective, the sale of wheat and the purchase of inputs would have to take place at the same time.

That said, the market expected much higher prices at this moment in the face of crop failure and high cereal import costs. However, there is a sharp reduction in consumption, with the mills reducing their milling by 40%, given the vagueness of the new pandemic wave of the Covid-19 coronavirus in Brazil. In this context, many mills are lengthening their stocks instead of buying more product.


In parallel, the reality of the Argentine market, which is a major supplier of cereal to Brazil, is that local prices would have little room to rise in the remainder of the year. The reason would be that the Argentine export sector has practically fulfilled its quota of shipments, while the government continues to pressure to control the domestic prices of the cereal. Thus, there is still a lot of wheat in the hands of producers (more than 8 million tonnes), a fact that insures local prices.

This situation, further on, may also force downwards in the prices of Brazilian wheat, if the future national harvest confirms an increase in the sown area and production, this time, is normal. In addition, it should not be forgotten that the Real tends to appreciate until the end of the year, due to the increase in the basic interest rate, a fact that would decrease the cost of imports.