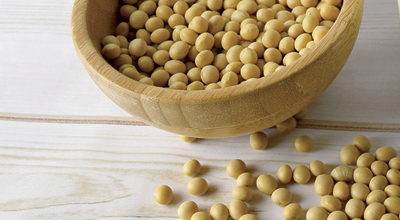 
The high dollar against the real has helped to keep soybean prices sustained in the Brazilian market. In ports, references still vary between R$ 175.00 to R$ 179.00 per bag, giving chances between R$ 181.00 to R$ 182.00 when observing the position of August, as explained by the market consultant Vlamir Brandalizze, from Brandalizze Consulting.

"And there is little sales pressure. Sellers are waiting to position themselves with higher levels, the market at the moment is of little business for the future harvest. The producer has made some exchanges, but at a slightly slower pace of soy sales. of the new crop ", explains the consultant.

Inland, some markets also registered appreciation, mainly respecting their regional realities of supply and demand, while others felt the pressure from Chicago stronger, where oilseed futures ended the day with losses of almost 30 points in the main contracts.

May lost 26.25 points to end the day at $ 13.66 and August, $ 13.15 per bushel. The soybean market on the Chicago Stock Exchange, again, is being poisoned by the drop in soybean oil prices, which operate at the low limit this Tuesday afternoon.

"Last week, the movement in realization (of oil) was due to rumors of imports by the USA of Argentine soybean oil. The import account continues to make sense, since the American domestic basis is at historic highs, high caused by the strong tightening of American domestic stocks ", explains Agrinvest Commodities.

In addition to the pressure from derivatives, since soybean meal also operates on the negative side of the table, the market also remains on the defensive and positioning itself before the release of the new USDA (United States Department of Agriculture) bulletins this Wednesday ( 31).

The most expected report is the one that brings the area projections, which signal an increase in relation to the previous harvest. However, the expected area is expected to be smaller than what was reported at the USDA Outlook Forum in February.

In addition, the weather conditions in the Corn Belt have shown improvement and also help to weigh on the market, as explained by Vlamir Brandalizze. "Temperatures are rising, they are already positive and few areas have temperatures below zero in the morning and, with that, the soil is heating up, favoring the beginning of planting in the Midwest," says the consultant.

Field work has already started in some states, still timidly, but already marking the beginning of the 2021/22 harvest.
By: Carla Mendes| Notícias Agrículas