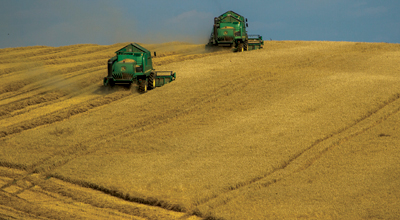 
World cereal stocks by the end of 2021 are expected to decrease 1.7% from their initial levels to 808 million tonnes, the Food and Agriculture Organization of the United Nations (FAO) reported. Combined with utilization forecasts, the global proportion of stock for cereal use for 2020-21 is forecast to drop to a seven-year low of 28.4%.

FAO said it expects world cereal production in 2021 to increase for the third consecutive year and raised its forecast for global preliminary wheat production under better crop conditions than anticipated in several countries. Global wheat production is expected to reach a new record of 785 million tonnes in 2021, up 1.4% from 2020, driven by a likely sharp recovery in most of Europe and expectations of a record harvest in India.

Above-average yields are also expected for corn, with a record harvest expected in Brazil and a multi-year high in South Africa, according to the FAO Cereal Supply and Demand Brief. For the current 2020-21 marketing season, global cereal use is now forecast to reach 2,777 million tonnes, 2.4% higher than the previous year, driven largely by higher estimates of wheat and barley use. in China, where the livestock sector is recovering from African Swine Fever.

FAO also raised its forecast for the world cereal trade during 2020-21 to 466 million tonnes, up 5.8% over the previous year, driven by an even faster trade in coarse grains associated with unprecedented levels. of corn purchases by China.