Posted by Rafael Moro
May 06 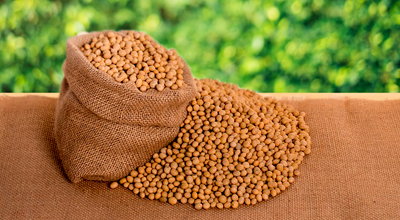 
According to information released by TF Agroecômica, strong demand keeps soybean prices high in the international market. "At the origin, the Brazilian base fell on the day with the recovery of the real, gaining 1.4% against the US dollar at the time of printing, and high volumes of grain were offered", comments the consultancy.

“The market has been active in recent days, with farmers being heard selling large volumes of grain, mainly for delivery in 2021, to generate cash flows supported by the high prices of CBOT. The premiums in the Paranaguá paper market fell with shipments from June take at minus 25 c/bu compared to the future of July, 10 c/bu lower on the day, equivalent to $/t ”, he adds.

A negotiation was heard for May 2022 at 15 c/bu on the future of May, with no volumes released. "In the FOB market in Argentina, premiums fell sharply, as June offers were heard at 35 c/bu less than July futures, 25 c/bu lower on the day," he says.

“CBOT soybean futures were traded across a wide range on Wednesday and were slightly higher at the time of publication, supported by firmer soybean oil futures. The rigid fundamentals of the market support supporting prices, while the realization of profits and the quadrature of the position, especially in the first month contract, were pulling on both dates. The July contract was trading 0.2% higher at the close of the US, at $ 15.40/bu, while the September position was 1% higher, at $ 14.13/bu”, he concludes.