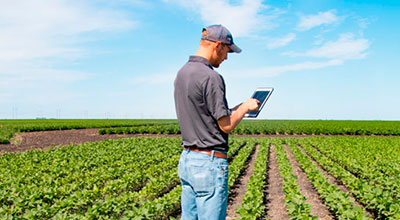 
The Brazilian Ministry of Agriculture, Livestock and Supply (Mapa) published this Monday the initial amount to be released for the Rural Insurance Premium (PSR) Subsidy Program in 2021 (Resolution 81, of the CGSR). Of the total amount of BRL 976 million, provided for in the Annual Budget Law (LOA) approved by the National Congress in April, BRL 693 million (71%) will be released in the month of June. The remainder of the budget (BRL 283 million) should be released in the second half.

BRL 400 million will be made available to producers to take out policies for winter crops, such as corn 2nd crop and wheat; BRL 200 million for summer crops such as soybeans, 1st harvest corn, rice and beans; BRL 65 million for fruits; BRL 6 million for the livestock modality; BRL 1 million for forests and BRL 21 million for other crops. “With this support from the federal government, it will be possible to promote the contracting of approximately 115 thousand policies and provide coverage of 7.5 million hectares”, emphasizes the director of the Ministry's Risk Management Department, Pedro Loyola.

Of the total funds released as of June, BRL 50 million were used exclusively for contracting grain policies in the North and Northeast Regions, with BRL 20 million for corn 1st crop and BRL 25 million for other grains. This measure, which began in 2019, aims to leverage hiring in these regions.

"Insurance contracting is still concentrated in the center-south states of the country, it is necessary to increase the offer of insurance in other regions, with the insertion of new insurance companies, creation of new distribution channels, whether in financial institutions, cooperatives, resellers of inputs, in addition to increasing the number of specialized insurance brokers operating in this market”, explains the director.

BRL 50 million will also be allocated for the 2nd edition of the pilot project aimed exclusively at producers included in the National Program for Strengthening Family Agriculture (Pronaf). According to Loyola, this initiative aims to provide this specific public with better conditions for contracting insurance. “We need to create differentiated incentives for this producer profile to start taking out insurance. In addition, compared to previous years, there will be a greater volume of resources allocated to corn in the winter and summer crops, as well as in the Pronaf pilot and for the North and Northeast, in order to encourage producers of this crop and mitigate the problems supply”.

The climate is the main risk factor for rural production. By contracting a rural insurance policy, the producer can minimize his losses by recovering the capital invested in his crops. Since 2005, the federal government, through the PSR, has assisted the producer in acquiring rural insurance, paying part of the policy amount (premium).

The producer who is interested in contracting rural insurance must look for a broker or a financial institution that sells rural insurance policy. Currently, 15 insurance companies are qualified to operate in the PSR. The economic subsidy granted by the Ministry of Agriculture can be claimed by any individual or legal entity that cultivates or produces species covered by the Program.

For grains in general, the percentage of subsidy to the premium can vary between 20% and 40%, depending on the culture and type of coverage contracted. In the case of fruits, vegetables, sugarcane, coffee and other modalities (forests, livestock and aquaculture), the subsidy percentage for the premium is fixed at 40%. The information comes from the Map press office.