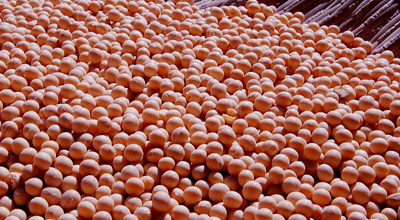 
Soybean purchases by China will return in full force in the coming days and reach new record levels, points out S&P Global. The reason behind the projection of one of the most important and respected analysis agencies in the world is the control of cases of African swine fever (PSA) in the African giant, emphasizes the T&F Agroeconomic Consultancy.

According to S&P Global, the Chinese economy is rapidly recovering from the pandemic, as strict quarantine measures and guidelines were followed by producers. “Consequently, the number of pigs has increased non-scalably,” the agency points out in an article published on June 3rd.

According to analysts, China's Ministry of Agriculture and Rural Affairs projects the herd of swine to exceed 440 million head by the year 2021, and this will demand a lot of oilseeds. “As China turns more than 80% of imported soy into animal feed, the forecast import demand for the oilseed soared simultaneously with the increase in the number of hogs,” says S&P Global.

The consultancy reminds that African swine fever has not yet been completely eliminated in China, but an epidemic has been controlled with government measures, dropping to just 10 cases this year, according to the Reuters news agency. S&P Global claims that these cases were considered “events by government agencies and private consultants. China is targeting at least 65 percent of its pork from industrial-scale farms by 2025, a government board report in September 2019 said.”