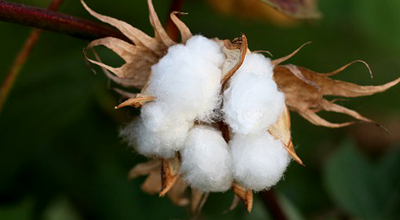 
The 2020/21 cotton crop in Bahia, one of the main producing states of the lint in Brazil, should present a drop of 13% in volume and 15% in area compared to the previous season, said the Brazilian Association of Cotton Producers (Abrapa), citing pressure for better profitability generated by soy and corn crops.

According to the organization, cotton harvesting in Bahia began on May 28 and should result in the production of 520,363 tons. The planting area was estimated at 266,662 hectares this season.

"This reduction is explained by the higher relative profitability of soybeans and corn, which ensure greater liquidity, with lower production costs, even though the prices of the lint... are at a level considered very good," said the association in a note.

Cotton contracts traded on the ICE for December ended this Wednesday quoted at 87.34 cents per pound, the highest level since the end of February, given the good demand and favorable weather conditions in important producing regions.

Abrapa recalled, however, that during the sowing period, the price was much lower, at around 60 cents on the dollar, which left soybeans and corn at an even greater advantage.

In a statement, the president of Abrapa, Luiz Carlos Bergamaschi, minimized the reduction in area and production of the lint in Bahia, saying that the scenario reflects the sustainability and maturity of the local production matrix, which he sees as "varied and balanced according to the Marketplace".

"Bahia has only one harvest, which makes the planting decision even more accurate," added Bergamaschi. For 2021/22, he projects a 5% growth in the planting area.

The state leads the production of cotton in Matopiba -- a region comprising Maranhão, Tocantins, Piauí and Bahia. According to Abrapa, the 2020/21 harvest of Matopiba should reach 587,067 tons, with planting in 305,351 hectares.