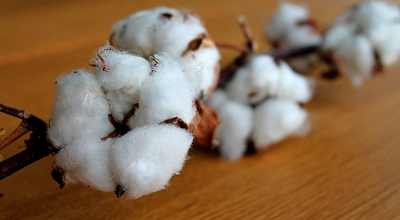 
Traditional in the cotton market, the Brazilian Mercantile Exchange already registers purchases and sales of the fiber, with delivery for 2023 of approximately 10 thousand tons of cotton traded by different associated brokers. One of them is Santiago Cotton, from Belo Horizonte (MG). “The big producers are already protecting themselves and anticipating all the planning. Even with prices not being so inviting for 2023, deals are carried out with 'prices to be fixed'. With the advance sale, the producer protects himself and is already planning for the long term and, thus, he can work more calmly”, declared Eduardo Santiago, one of the broker's partners.

Last week, the United States Department of Agriculture (USDA) reduced the estimate for carryover stocks of cotton lint, while here in Brazil, the National Supply Company (Conab) estimated production at 2,342 million tons, which represents 22% compared to the 2019/2020 harvest. According to specialists, the market has already priced these two factors, but new highs can still be seen. “Production is not following consumption and the scenario is high. We believe that there is still room for the product to rise, especially due to the climate situation in the USA and political issues between China and Australia, which interfered in trade between the two countries”, he explained.

In the local scenario, states such as São Paulo and Minas Gerais have already started harvesting work in the field. In Bahia, the projection is for a reduction in the planted area for the next harvest. "There was a forecast of cotton productivity and quality reduction in the 2020/2021 crop, but after a meeting between Brazilian agronomists, it was possible to see that production will be lower only due to the reduced planted area, the quality should not be affected thanks to technology”, explained the broker. Also according to Santiago, this factor does not represent a risk of shortages in the domestic market.

The Brazilian Mercantile Exchange is responsible for selling more than 60% of the national cotton production.