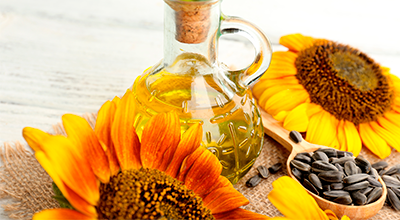 Sunflower oil exports from the Ukraine are forecast to fall short of 2020/21 final agreed quotas due to a combination of high prices and the effects of COVID-19 on imports, AgriCensus reported a trade association in the country as saying on 18 May.

The cap had been imposed due to dry conditions leading to a disappointing sunflower seed crop, prompting fears that demand from export markets could drive up domestic prices, the report said.

However, with a full quarter of the marketing year remaining, fats and oils industry association Ukroilprom told AgriCensus it was confident the cap would not be breached.

From the start of the marketing year in September to the end of April, exports reached 3.9M tonnes, according to a combination of official customs data and line up data. This represented a 13.7% decrease on the same period last year, according to the report.

That volume was equivalent to 72% of the 2020/21 export quota of 5.38M tonnes, which had been agreed between the industry and the government last month in a bid to keep retail sunflower oil prices in check for the rest of the marketing year, AgriCensus wrote.

“The fall in exports is the consequence of a number of factors. The decline in harvest is the main reason, but there are also other factors such as low demand and currently weaker prices, holding back fresh sales as crushers expect a price increase again,” an analyst at Ukroilprom told AgriCensus.

Sunflower oil exports over the remaining four months of the 2020/21 marketing year were expected to total 1.3M tonnes tonnes, Ukroilprom told AgriCensus, taking the total to 5.2M tonnes, around 200,000 tonnes below the quota.