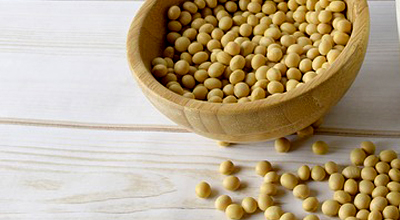 
The daily average of soybean shipments from Brazil slowed down and reached 582 thousand tons until the third week of June, a volume that is already below the 606,74 thousand tons/day of the same month of last year, according to data from the federal government on Monday.

Until the previous week, the largest global producer and exporter of the oilseed shipped 637.56,000 tonnes a day and still exceeded the June 2020 average, informed the Foreign Trade Secretariat (Secex).

The country accumulated sales of 7.56 million tonnes of grain until the third week of June. If the daily average of shipments remains, Brazil may register 12.2 million tons shipped abroad, slightly below the 12.7 million in June 2020.

Despite the delay in harvesting the 2020/21 crop, a large part of soybean exports was concentrated between March and April. In the fourth month of the year, for example, Brazil set a monthly record for shipments, with 17.38 million tons.

Also according to Secex data released on Monday, oil exports were strong, at 450.9 thousand tons per day, compared to 259.4 thousand in the same month last year.