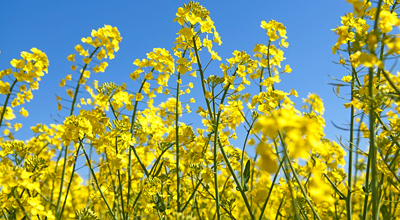 
A new greenhouse gas (GHG) law in Germany is expected to lead to a rise in demand for rapeseed oil biofuel, the Union for the Promotion of Oil and Protein Plants (UFOP) said on 21 June.

The law on the Further Development of the GHG Quota, which was passed in the German Bundestag on 21 May, increased the country’s GHG reduction obligation from the current 6%, to 7% next year and 25% in 2030, the report said.

Demand for sustainably-grown biomass feedstocks such as rapeseed would increase due to the new target, according to UFOP.

UFOP said existing biodiesel plants were expected to switch to rapeseed and, in the short term, demand for rapeseed oil for biofuel production would increase, and not only in Germany.

Meanwhile, the exclusion of palm oil-based biofuels had been brought forward in the European Union (EU) to 2023, UFOP said. For 2022, the share of biofuels from palm oil in the EU would be limited to 0.9%, which would strengthen demand for rapeseed oil.

In 2020, about 3M tonnes of biodiesel and hydrogenated vegetable oil (HVO) were needed in Germany to meet the GHG quota, according to UFOP.

From this total, an estimated 1M tonnes of biodiesel were produced from waste oils. However, with the implementation of RED II in all member states, blending quotas for bio-kerosene (HVO-based) from waste oils would also be introduced, UFOP said.