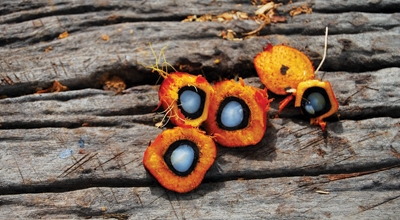 The Council of Palm Oil Producing Countries (CPOPC) is urging the European Union (EU) to revise its policy on palm oil-based biofuels ahead of its revision of the Renewable Energy Directive II (RED II).

CPOPC issued its statement on 24 June, ahead of the upcoming revision of RED II due on 14 July as well as the approaching deadline for the adoption of rules on certifying low indirect land-use change (ILUC)-risk biofuels and updating the list of high ILUC-risk feedstocks.

Palm oil had been singled out as damaging to the environment based on a comparison study that used 2008-2016 as a gauge for ILUC, but this timeline discriminated against countries that were late in development whose growth during that period affected land use change, according to the statement.

The CPOPC argues that a proper timeline for the sustainable development of palm oil producing countries, including Indonesia and Malaysia, should start from post-colonial times. It pointed to a new study on land use change by Nature, which identified 43M km2 of land use change from 1960-2019, of which the palm oil area was only 250,000km2.

“Further evidence of the EU's bias against palm oil lies in its analysis of the annual net increase of harvested area (2008-2016), which highlights palm oil as the highest at 4%,” the CPOPC said. This put palm oil at the highest risk of ILUC if only considering the percentage.

However, the CPOPC said that the same analysis had shown that other vegetable oils had considerably larger land footprints than palm oil. Rapeseed and soya, for example, had started at 30.093 kilohectares (kha) and 96.380kha respectively, while palm oil had started at a base point of 15.369kha. Meanwhile, the EU analysis had given rapeseed an annual net increase of 1%.

CPOPC said the most “apparent distortion of facts” was in granting soyabean an annual net increase of 3%, which was based on a start point and annual increase of harvested area more than four times larger than palm oil.

“Seen in this perspective, the CPOPC argues that the energy yield per hectare of land used for biofuels must be included for fair analysis. Scientific research has shown that palm oil has an energy efficiency of four times that of rapeseed or soya. Once this knowledge is applied to the EU analysis on land use of vegetable oils, it would place palm oil as the most efficient crop for renewable energy,” the statement said.

CPOPC also pointed out that the major palm oil producing countries Indonesia and Malaysia, had both shown commitments to improving the sustainabiIity of their palm oiI production. Indonesia had also enforced a moratorium in opening new land for oil palm and Malaysia had also committed to capping the total size of oil palm cultivated area at 6.5M ha, the statement said.