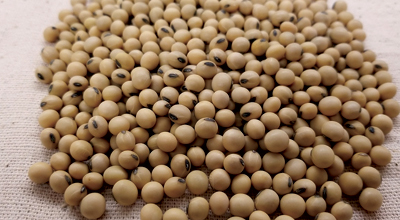 China, the world's largest soybean buyer, imported 10.48 million tons of the oilseed from Brazil -- the biggest global exporter -- last month, a slight drop from the record 10.51 million tons recorded in the same month 2020, according to customs data.

The figures still represent an increase of 14% compared to the 9.23mt of May, as demand continues to be sustained by the recovery of the pork herd in China, indicated the General Administration of Customs.

However, the reduction in crushing margins affected part of the demand in the main soybean market in the world.

Chinese processors import soy in grain to transform it into soy meal, used as animal feed, and soy oil for cooking.

Appetite for the oilseed was not as great as expected, as falling margins in the pork industry pressured demand for soy meal, the main source of protein in animal feed.

China, meanwhile, also imported 54,806 tonnes of soybeans from the United States, its second-largest supplier, in June, down 80% from the 267,553 tonnes purchased in the same period last year.