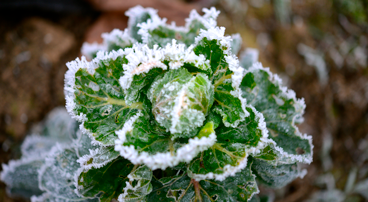 
The week should be marked by rain and, mainly, by cold in Brazil, according to forecasts released today by Rural Clima.

According to agrometeorologist Marco Antônio dos Santos, the rains, which are currently concentrated in the central and eastern regions of Rio Grande do Sul, due to the passage of a cold front, should advance on Tuesday to the north of Rio Grande do Sul, Paraguay, Santa Catarina and the southern half of Paraná.

Between the night of Tuesday (27) and Wednesday (28), Santos says that the system is moving towards the Atlantic and will leave the northern region of Paraná and the south and east of São Paulo with rain. On Wednesday, there is a forecast of rain in producing areas in Paraná, south and east of São Paulo, as well as the possibility of precipitation in the extreme south of Minas Gerais and Rio de Janeiro. In the other regions the climate will remain open and with great thermal amplitude.

The agrometeorologist points out that after the passage of the cold front, a mass of polar air will enter Brazil from Wednesday, causing frosts in Rio Grande do Sul, Santa Catarina and Paraná.

On Thursday (29) the cold will be more intense and there should be ample frosts in the southern states of Brazil. “On Friday (30), the polar air mass advances over São Paulo and brings more extreme cold to the state, which can reach the south of Minas Gerais. The possibility of widespread frosts again in Paraná and São Paulo, affecting sugarcane, coffee, oranges, among other crops, is not discarded”, he points out

For Santos, the polar air mass may be one of the strongest to act in Brazil and the cold will be intense, as observed on June 30th and July 20th.