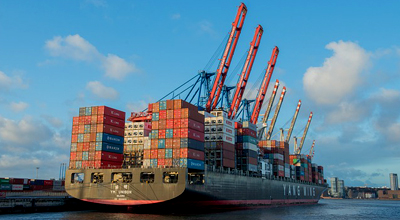 
Container handling in June reached 397.1 thousand TEU (unit equivalent to a 20-foot container), an increase of 28.5% over the same month last year. Also in the year, the numbers were expressive, reaching 2.4 million TEU, 18.5% above the first half of 2020.

“The numbers show that the Port of Santos is efficiently meeting the recovery of the economy, both in agribusiness and in industry, whose cargoes have been showing strong growth. This is the result of the prioritization that management gives to guaranteeing the infrastructure and the constant improvements of operational processes”, said the Operations Director of the Santos Port Authority (SPA), Marcelo Ribeiro.

Liquid bulk presented a result 7.0% higher than in June last year, reaching 1.6 million tons, reflecting shipments of diesel oil and diesel and fuel oil. The accumulated result for the year totaled 8.8 million tons, a slight drop of 0.25% compared to the same period last year. Even so, it was characterized as the second best brand for the period.

Solid bulk rose 4.7% in the first half, to 38.7 million tons, characterizing itself as the best brand for the period. The monthly result, although showing a drop, was the second best mark for the month of June for solid bulk.

Santos maintained its historic share in the Brazilian trade chain, with an accumulated share of 27.9%. About 27.8% of these commercial transactions with foreign countries that went through the Port of Santos had China as a partner country. São Paulo remains as the state with the largest participation in commercial transactions abroad through the Port of Santos (55.6%).