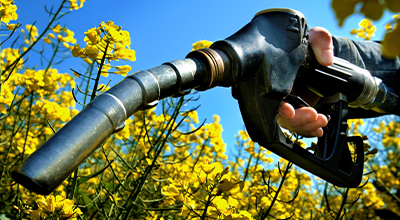 Against a backdrop of increasing demand for vegetable oils, ADM said it was planning to build a US$350M soybean crushing plant and refinery in Spiritwood, North Dakota, USA, World Grain wrote.

“We expect the demand for US green diesel to continue securing a higher rate of growth, increasing by about 1bn gallons per year and reaching up to 5bn gallons by 2025,” ADM president and chief executive officer Juan R Luciano was quoted as saying in a 27 July earnings call.

“Vegetable oils will be a key feedstock to meet that growing demand,” he added.

Sustainable aviation fuel (SAF) could become another growth area for ADM, according to the report.

“We are looking at the possibility of leveraging our Decatur, Illinois, carbon sequestration site … with our corn processing output as a feedstock for SAF to get towards a low-carbon SAF product,” ADM executive vice president and chief financial officer Ray Guy Young was quoted as saying.

In ADM’s Ag Services & Oilseeds business, adjusted operating profit of US$570M was 38% higher than the US$413M in the previous year’s second quarter with net revenue jumping to US$18.27bn from US$12.74bn.

“We are very optimistic about the prospects for crush for the rest of the year and into next year,” Luciano reportedly said.