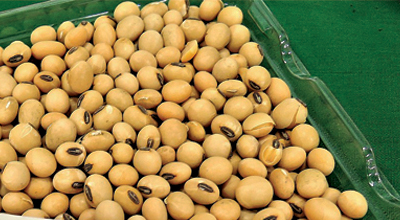 Forecasts for soybean demand and imports in China have been reduced, AgriCensus reported on 12 August from China’s Agriculture Supply and Demand Estimates (Casde).

The reduced forecasts were due to poor crush margins constraining buying interests and a drop in soya meal usage in feed, according to the report.

China’s soybean imports for the 2020/21 marketing year were expected to reach 98.6M tonnes, the report said, down by 1.84M tonnes from the previous month’s 100.44M tonnes estimate.

“The main reason is that crush margins have been decreasing since July. Crush volumes also dropped, while the imported soybean inventory has increased to the highest level this year,” the Casde report said.

“Meanwhile, China’s importers postponed their purchases on an expectation that new crop prices would fall after the US harvest,” it added.

Soybean consumption was expected to fall to 113.26M tonnes, compared with 116.26M tonnes estimated in the previous report, as the forecast for crushing demand was lowered by 3M tonnes to 95M tonnes.

“Profits for pig breeders have fallen significantly since March this year, and the usage ratio of soya meal in feedstuff also declined, so soybean consumption is lower than previously expected,” Casde said.

Meanwhile, China’s Ministry of Agriculture and Rural Affairs (MARA) had cut its edible oil output estimate in 2020/21 to 28.51M tonnes, down by 520,000 tonnes from the previous forecast, as production of sesame – a major oil crop in the country – had been impacted by July’s flood in Henan, AgriCensus wrote.

For the new marketing year, China had maintained its 2021/22 forecasts for soybean output and imports at 18.65M tonnes and 102M tonnes, respectively.