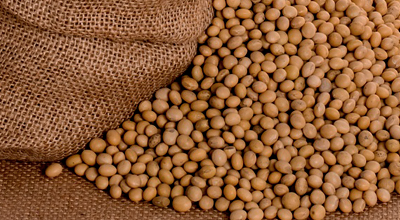 
Soybean producers in Brazil are holding back sales as they believe prices could rise further amid tightening global supply, said brokers, buyers and sellers in the country, the world's largest producer and exporter of the oilseed.

Another reason for the "hoarding" of production is the fear that the weather phenomenon La Niña could limit the next harvest in South America, according to growers and brokers.

They also cited rising domestic political tensions, which could weaken the real in coming months and justify sales at a later time.

Farmers hope to force exporters and the local processing industry to pay more for soy. That, in turn, could boost global food inflation, causing prices for soybeans and corn -- which have already reached eight-year highs in 2021 -- to rise further.

In states such as Rio Grande do Sul and Paraná, producers still have 12.4 million tonnes of soy from the 2021 crop to sell, according to an estimate by consulting firm Safras & Mercado in early August. This represents about half of the nearly 25 million tons of the 2021 cycle that have not yet been sold.

Luis Fucks, a farmer in Rio Grande do Sul, said producers are in no hurry to sell and expect prices to reach $14 a bushel.

Décio Teixeira, from the same state, said that some producers are waiting for prices to return to 170 reais ($32.85) per 60 kg sack before closing deals again, adding that they kept a large portion of their production to negotiate later.

"Nowadays it seems that having the grain in your hand is safer than having a coin," said Teixeira.

Iuri Gomes, from Paraná brokerage firm, Origin, said that soybean stocks in the southern region are higher than expected. According to him, local soy processors are willing to pay more than export markets for the oilseed. Higher domestic premiums would be the only way to convince producers to accept buyers' offers, he said.

This scenario may limit the volume of soy that Brazil will export to China, its main buyer. This month, the government reduced its estimate for soy exports in 2021 to 83.4 million tons.

After years of an oversupply of grain in the world, Brazilian farmers were able to capitalize on rising prices, which began to rise in the second half of 2020 due to concerns about US and South American crops, in addition to strong demand. from China.

In Rio Grande do Sul, one of the largest soy producers in Brazil, producers had sold 62% of the 2021 soy harvest by August 6, 11 percentage points below the historical average for the period, according to data from Safras&Mercado. In Paraná, sales reached 78%, two points below the five-year average.

The two states are expected to harvest together 42.2 million tons of soybeans in 2022, but only about 12% of future combined production has already been sold in advance, also below the historical average, said Safras.

In August of last year, Rio Grande do Sul had already sold 27% of its future crop, while sales in Paraná reached 45%.