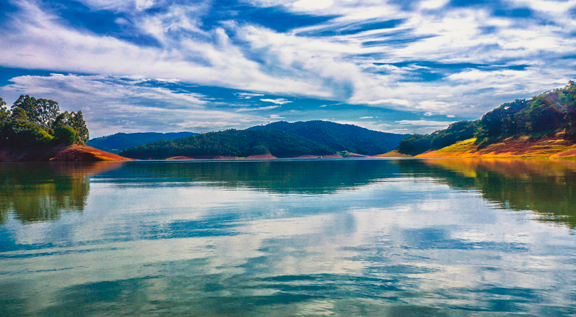 A new study has estimated that Brazil lost almost a fifth of its surface fresh water supply between 1991 and 2020 due to climate change and deforestation, AgriCensus reported on 23 August.

The study from the MapBiomas project – an initiative backed by NGOs, universities and technology companies – showed that the country lost up to 15.7% of its fresh water resources during the period, according to the report.

The project mapped satellite images from 1985 to 2020 and held a seminar on 23 August to show the research results, the report said.

“Brazil is consistently losing water surface… and it is not little,” the project coordinator Tasso Azevedo was quoted as saying.

The research team believed that the main reasons behind the country’s water surface decline were climate change, with shorter and more concentrated periods of rain, and deforestation, AgriCensus wrote.

The deforestation of the Amazon rainforest reduced moisture from the evapotranspiration of trees “which is responsible for about a third of rainfall volumes in Brazil,” according to Azevedo.

At the same time, forests converted into pasturelands and croplands across the country, especially close to rivers, jeopardised the absorption of water by the soil, the report said.

The states of Mato Grosso do Sul and Mato Grosso, where areas devoted to agriculture and the raising of livestock had greatly increased over the last few decades, were by far those that had lost more freshwater surface areas since 1985, with 781,690 and 527,687 ha lost, respectively, according to the study.