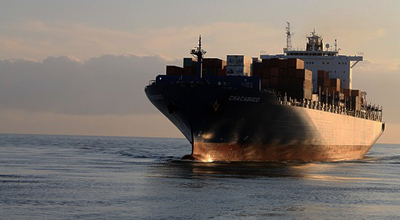 The Argentine government has formed a new agency to manage dredging operations on the Paraná River, World Grain quoted from a Reuters report on 26 August.

“The strengthening of policies on the management of inland waterways is a priority objective of the national executive,” the government said in a decree.

The Paraná River, which carries about 80% of the country grain exports, has recently seen its water level drop significantly due to drought, according to the report.

Farmers and the private sector were sceptical about the decree, according to the report, due to fears that government intervention would make shipping grain less efficient and more costly.

“This decree looks like the government does not only want to set up conditions for the tender and the dredging tariff,” Gustavo Idigoras, head of the CIARA-CEC export companies’ chamber, told Reuters. “It looks like an excess of bureaucracy that might mean additional costs for export operations on the river.”

Under the current system, cargo ships paid tolls directly to the private dredging company in charge of keeping the river open, the report said.

One of the worst droughts in decades had lowered water levels in the Paraná River in Argentina and Brazil to its lowest level in many years, holding back grain exports, Reuters wrote.

Argentina was the world’s top exporter of soyabean meal and the third largest exporter of corn, according to the report.