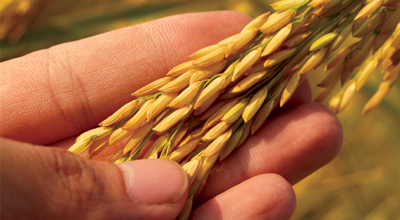 
The increase in the production of transgenic wheat in Argentina could be a shot in the foot of the country's production chain. According to consultant Pablo Maluenda, who participated this Tuesday at the 28th International Wheat Industry Congress, held by the Brazilian Wheat Industry Association (Abitrigo), Argentina should allocate an area between 55 and 60 thousand hectares to the grain genetically modified. This makes it possible to estimate a production potential between 200 and 250 thousand tons.

“Without a doubt, the product will be rejected by many countries and this could interrupt the importation of the Argentine product by some of them”, according to Maluenda, the transgenic is also a dangerous point because the restriction of the cultivation is not simple. “The seed can easily spread across the country and contaminate other crops,” he said.

The president of the OCB System, Márcio Lopes de Freitas, said that transgenics are not just a problem for Argentina. “The risk in Brazil is also great. The seed can enter clandestinely, but the Map and the sanitary defense will be attentive”, he projected.

Freitas said that companies that own the technology have to negotiate with the final consumer. “Only then the product will be welcome to the producer. Nowadays, he is not willing to face this 'adventure' of the transgenic”.

The journalist specialized in agribusiness and marketing, José Luiz Tejon, agrees that “science has to negotiate with commerce, with consumers, with the media”. For him, the topic is very delicate, since wheat is consumed practically in natura. “Without the production chain, I doubt that this technology will progress”, he emphasized.