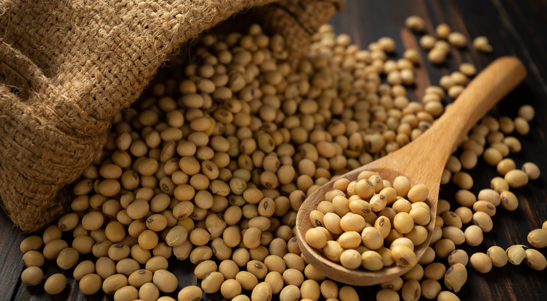 Soybean importers in China have turned to Brazil to secure soybean supplies as tight supplies have made it difficult for the USA to meet urgent demand, trading sources told AgriCensus.

There was a shortage of spot supply from both the US Gulf and the Pacific Northwest export hubs, according to the sources.

China's crushing companies were reported to have been scrambling to secure October shipments from Brazil to cover short-term demand, the report said, with six cargoes out of Brazil currently booked for next month.

The large purchases from Brazil had followed the aftermath of Hurricane Ida's impact on the US Gulf at the end of August, AgriCensus wrote, with the storm hitting exports since then.

The damage caused to the busiest grain export hub in the USA had interrupted China's purchase of US soybeans during the harvest period – when pricing was typically at its most competitive, the report said.

Meanwhile the US Pacific Northwest (PNW) ports were also low on soyabean supply, according to the sources.

“There is no more soyabean in the US PNW ports for October shipment. Only a few are left for November and December loading,” a China-based trading manager in grain was quoted as saying.

To date, China had only completed 74% of its planned buying for October and nearly 5M tonnes more were needed to fulfil November totals, a trading source told AgriCensus.

Markets were expecting China to ramp up its soybean purchases from the US Gulf to cover spot demand once facilities in those ports resumed operations, the report said.

However, if logistics in the USA improved, cargoes could still be delivered from there, Brazil-based sources said.

“Those six cargoes from Brazil to China were for optional origin, which I believe can be switched back to Gulf,” Victor Martins from Hedgepoint Global Markets told AgriCensus.