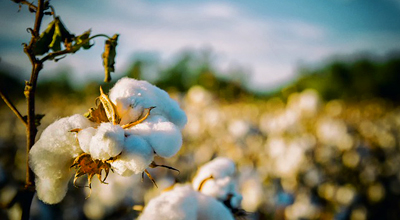 
The scarcity of containers and their impact on Brazilian exports was one of the central themes of the 64th Meeting of the Sectorial Chamber of the Cotton and its Derivatives Production Chain, held this Thursday (23) in a virtual manner. The global logistical bottleneck has been reflected in the delay in lint shipments and the forecast is for a worsening of the situation.

Miguel Faus, president of the National Association of Cotton Exporters (Anea), defined the current scenario as chaotic. “The situation is complicated and we don't see a solution in the short or medium term. The consequence, for our business, is the slower pace of exports that we are going to observe in the coming months”, he said. According to him, the forecast, for the commercial season 21/22, is for shipments of around 1.8 million tons, but the number can be revised downwards, depending on the circumstances.

The logistical difficulties are also reflected in the general reduction of the Basis. “The cost and time of taking cotton from origin to destination has increased, and this has to be reflected in some way on the basis. There is pressure from both sides and the market is adjusting in some way”, he pondered.

Representing the Mato Grosso Association of Cotton Producers (AMPA), economist and logistics consultant Luiz Antonio Pagot informed the measures that have been taken since October 2020, in the search for solutions to the bottleneck in ports – among them, the creation of a working group within the scope of Instituto Pensar Agro (IPA) and articulation with Congress and the federal government. “What can be seen is that the situation is getting worse. In addition to the lack of containers, there is the problem of the lack of scale of ships”, he warned.

Pagot recalled that the current situation is the result of conjunctural issues, such as problems in the Suez Canal and in Asian ports and the prioritization of shipments to the Northern Hemisphere. “Over the past 120 days, shipowners have started to streamline containers in South America and direct them to China, in view of the extraordinary price that the freight has reached,” he reported. Last week, container shipping from China to the United States, which normally costs US$ 2,000, reached US$ 26,000, influenced by large American purchases for Christmas. “We are going to intensify actions and work with the government to establish a contingency plan. We know that there is a global crisis, but we are aware that they are favoring other markets”, he emphasized.

During the meeting, the director of international affairs at Abrapa, Marcelo Duarte, made a balance of the 20/21 business year. Between August 2020 and July 2021, Brazil exported 2.4 million tons of cotton, 23% more than in the previous cycle, setting a new shipment record. China was the main destination for the Brazilian fiber, responsible for 30% of total exports, followed by Vietnam (17%) and Pakistan (12%).

“In all markets, Brazil has shown important growth in recent years due to the increase in production and efficiency in exports”, he pointed out.

Over the past 10 years, Brazilian cotton exports have grown 19% a year, while the world average is 3.3%. In the 20/21 season, Brazil's participation in the international featherweight market was 23%, second only to the USA, with 34%. "We are going to be the largest cotton exporters in a short period of time and, in the long term, we will be the largest producer in the world due to the potential and the farmers we have," said the president of Abrapa, Júlio Busato.

The state associations, linked to Abrapa, presented the final data for the 20/21 harvest, which has practically ended. With 99% of the 20/21 crop harvested and 44% benefited by the 16th of this month, production was updated to 2.32 million tons. Due to the climate challenges imposed since cotton sowing, the estimated productivity of the cycle that is ending is 1,708 Kg/hectare, 5.2% lower than that achieved in the 2019/2020 season. The best performance was registered in Piauí, with 2048 kg/ha, followed by Mato Grosso do Sul (with the historical record of 1979 kg/ha), Bahia (1938 kg/ha) and Maranhão (1816 kg/ha)

For the next harvest, Abrapa forecasts a planted area of ​​1.53 million hectares – an increase of 12.6% compared to the previous cycle, which totaled 1.36 million hectares. “We're back to a million and a half hectares and hopefully it's even better. Let's hope that the rain comes in Mato Grosso and we have more cotton area there”, said Júlio Busato. With the recovery of the area, the production of lint should increase again. After retreat in the 20/21 season, the projected volume for the 21/22 harvest is 2.79 million tons.

The next meeting of the Sectorial Chamber is scheduled for December 8th. The collegiate, chaired by Abrapa, brings together all the links in the textile chain.