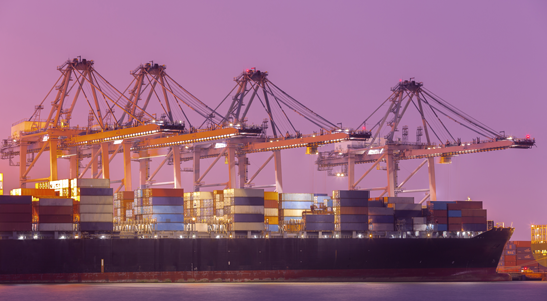 Port congestion in China and higher fuel costs have led to an increase in freight rates for dry bulk commodities, AgriCensus reported on 22 September.

Rates on most routes monitored by AgriCensus had risen for a second consecutive week.

“The increase in freights is still due to port congestions as high stocks on Chinese ports continued to rise over the week,” a Chinese freight trader told AgriCensus.

The after effects of Typhoon Chanthu that hit the Chinese coast on 13 September were still affecting logistics at local ports, the report said.

“After the typhoon, congestion has returned in China across all four vessel sectors; Capesize, Panamax, Supramax and Handymax,” another freight trader was quoted as saying.

Congestion had also risen due to recent outbreaks of COVID-19, according to trade sources, with increased quarantine measures causing further delays.

The port city of Putian, for example, had been in lockdown since 10 September due to one of the most severe Covid outbreaks recently reported in China, AgriCensus said.

“Port operations are probably impacted by the recent Covid outbreak at Putian ports,” a Chinese trader was quoted as saying.

Meanwhile, freight costs were also being affected by rising fuel prices, according to the report.

Freight costs for most routes increased slightly during the period monitored by AgriCensus with Panamax rates between US Pacific Northwest ports and China now at US$44.56/tonne and those for shipments from south eastern Brazil to China increasing to US$66.62/tonne.

Panamax rates from US Gulf ports to China remained steady at US$81.18/tonnes as operations progressively resumed following Hurricane Ida-related disruptions, according to the report.

Cargoes crossing the Atlantic from the Americas to Europe rose compared to the previous week with Panamax routes from Brazil and the US Gulf to the Netherlands assessed at US$22.37/tonne and US$32.10/tonne respectively, AgriCensus said.

In the Black Sea region, Panamax freight rates for cargoes heading to China increased to US$65.18/tonne while vessels crossing the Mediterranean to North Africa came in at $35.00/tonne, as North African demand was robust, according to the report.