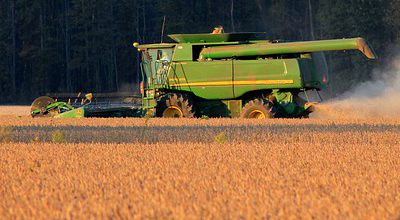 The Mexican government has introduced an import tax exemption for 500,000 tonnes of soybeans from all origins until the end of the year to counter “tight US supplies’, the country’s secretariat of economy was quoted as saying in an AgriCensus report on 21 October.

Designed on a first-come first-served basis, the move was aimed at stabilising soybean oil prices against a backdrop of rising domestic consumer prices, according to the report.

“It is necessary to increase the sources of soybean supply to guarantee competitive prices and stabilise soybean oil prices, for the benefit of consumers,” the secretariat said on 1 October when announcing the exemption.

The local office of the United States Department of Agriculture (USDA) in Mexico published a report on 20 October stating that the tax exemption had been introduced “to open [the Mexican] market in response to tight US supplies and high prices,” AgriCensus wrote.

“Although US soybean prices increased considerably during this period, US soybeans remained the only viable supply option given their zero duty under the US-Mexico-Canada Agreement (USMCA), versus duties of 15% for Brazil and Argentina, for example,” the USDA added.

Mexico imported 5.7M tonnes of soybeans last year, with 85% sourced from the USA and the remainder from Brazil, according to the report.