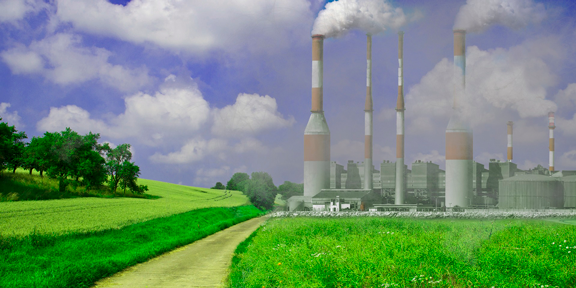 Climate talks at COP26 have led to governments and global businesses making a commitment to end deforestation and encourage the planting of new trees, AgriCensus reported on 2 November.

Announced at the United Nations (UN) climate summit in Glasgow, the move involved a number of companies promising to strip unsustainable palm oil and soybean from their supply chains, according to the report.

Land-clearing by humans accounts for almost a quarter of greenhouse gas emissions, according to a 2 November report by The Guardian, primarily driven by the destruction of the world’s forests for agricultural products such as palm oil, soy and beef.

More than 100 national leaders – including those from major soybean and palm oil-producing countries – signed the commitment that host-nation the UK said would cover 85% of the world’s forested areas, AgriCensus wrote.

However, the deal would require more detail and firm enforcement if it was to succeed in its aims, according to climate policy analysts following the failure of an intergovernmental agreement to slow the pace of deforestation in 2014.

In the text of the commitment, signatories agreed to take six steps to end deforestation, including an undertaking to “facilitate trade and development policies, internationally and domestically, that promote sustainable development,” the report said.

The world leaders also agreed to pursue “sustainable commodity production and consumption, that work to countries’ mutual benefit, and that do not drive deforestation and land degradation,” AgriCensus wrote.

A promise to speed up the flow of finance from rich to poorer countries to enable the latter to invest in a transition from practices that have led to forest loss was included in the agreement, according to the report.

In a statement, the UK government said that the pledge was backed by almost £14bn (US$19.2bn) in public and private funding, AgriCensus wrote.

On the corporate side, chief executives from more than 30 financial institutions, including Aviva, Schroders and Axa, said they would also commit to eliminate investment in activities linked to deforestation.

As part of the move, almost 30 governments representing 75% of global trade in key commodities that threaten forests, signed up to a statement designed to deliver sustainable trade and reduce tree loss, according to the report.

The announcement was joined by a declaration by 10 of the largest companies that manage over half of global trade in key forest-risk commodities such as palm oil and soy, according to the report.

Agribusiness giants, including south east Asian commodities companies Wilmar and Golden Agri Resources, had signed the pledge to publish a blueprint on supply chain “consistent with a 1.50C pathway” by COP27 next year, AgriCensus wrote.

The UN Paris Agreement adopted at COP21 in 2015 set a long-term global warming limit of 1.50C above pre-industrial levels.

Despite the commitments, non-profit organisations said the deals would do little to stem deforestation in the near-term, with Greenpeace saying that these announcements were “a green light for another decade of forest destruction,” according to the report.

“There’s a very good reason Bolsonaro felt comfortable signing on to this new deal. It allows another decade of forest destruction and isn’t binding,” Greenpeace Brazil’s executive director Carolina Pasquali was quoted as saying in a statement.