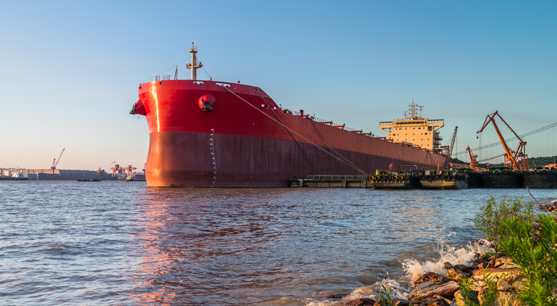 Marine inspection and certification multinational RINA has been working with a consortium of other companies to deliver a hydrogen fuel to meet International Maritime Organization (IMO) 2050 standards, RIVA announced on 25 November.

The difficulties and costs associated with the production, distribution and storage of hydrogen on board had proven challenging in its direct use as fuel, RIVA said, but the group had devised a concept based on combining the ship’s fuel (natural gas) with steam to produce hydrogen and CO₂.

By producing hydrogen on board and using liquefied natural gas (LNG), the concept was applicable to existing ships without the need for major infrastructure changes, RIVA said, and would support the shipping industry’s gradual transition from LNG to hydrogen.

The process involved the direct use of hydrogen in internal combustion engines or fuel cells, RIVA said, without the need to be supplied and stored on board.

Equipment needed to meet the IMO 2050 regulations could be fitted on the deck of a commercial vessel, RIVA said, with only LNG bunkering required.

By progressively increasing the production of hydrogen, the consumption of fossil methane and associated methane slip would be reduced at the same rate, RIVA said.

As part of the partnership, Wärtsilä and ABB would support the application of hydrogen in powering internal combustion engines and fuel cells respectively, while Helbio would provide technology, the statement said.

RINA said it would provide advice and guidance on the application of rules and regulations for novel concept alternative designs, alongside the Liberian Registry.

The IMO 2050 strategy involves the reduction of total annual greenhouse gas emissions (GHGs) from international shipping by at least 50% by 2050 compared to 2008.

Established 160 years ago and originally known as Registro Italiano Navale, today RINA is an inspection, certification and consultancy engineering multinational.