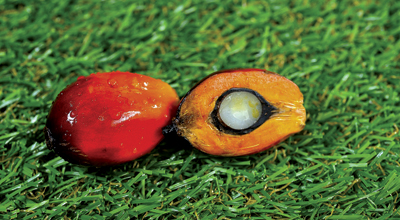 The clearing of forests in Indonesia to make way for oil palm plantations has decreased in recent years, according to new analysis reported by Mongabay on 26 January.

The report found that the bulk of existing plantations were established on land that had not been standing forest in 2000, with deforestation associated with 3.1M ha of plantations established since 2000 out of a total of 16.2M ha planted as of 2019.

Auriga said the data gave the palm oil producers a case to say their palm oil was deforestation-free and should be labelled as sustainable.

However, Greenpeace Indonesia forest campaigner Syahrul Fitra said being deforestation-free was only one aspect of sustainability.

The highest annual rate of deforestation for oil palm plantations since the start of the millennium was in 2012, when 314,937ha of forest were cleared, according to Auriga. After that date, the rate declined, falling to less than 150,000ha in 2015, and less than 100,000ha from 2016 onward.

“Some research that has been published indicates that the decline of palm oil deforestation since 2015 is caused by the [decline of] palm oil prices, which [slowed down] the expansion of plantations,” he said during an online webinar to release the findings of the analysis.

In An earlier study last year, not yet peer-reviewed, by researchers from technology company TheTreeMap and other institutions found that rates of both plantation expansion and forest loss correlated with palm oil prices.

According to the study, a price decline of 1% was associated with a 1.08% decrease in new plantations and a 0.68% decrease in forest loss. Similarly to Auriga’s analysis, it showed both new plantation and deforestation rates slowing significantly from 2017/2019 from peaks in 2012.