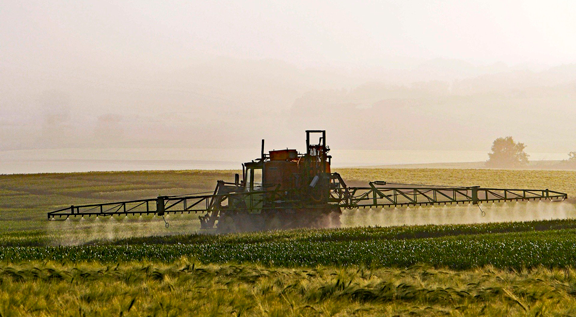 European fertiliser producers are cutting output due to the surging cost of natural gas – the feedstock of nitrogen fertilisers – following Russia’s invasion of Ukraine, adding to the risk of global food inflation, Luxembourg Times quoted from a Bloomberg report.

Natural gas is used as a feedstock for nitrogen fertilisers, usually accounting for around 80% of a manufacturer’s costs.

With European gas prices currently about 10 times higher than a year ago, companies including Yara International and Borealis were cutting ammonia production, which was pushing up farming costs, according to the 9 March report.

Yara was temporarily curtailing production at Ferrara in Italy and Le Havre in France, the Oslo-based company said.

The two plants have a combined capacity of 1M tonnes/year of ammonia and 900,000 tonnes/year of urea but during the temporary shut-down period, output would be reduced to 45% of capacity.

“In a few days, our fertiliser plants will also shut down as we have limited ammonia storage capacity,” Nitrogenmuvex chief strategy officer Zoltan Bige said in an email.

Other producers of the crop nutrient were also considering doing the same, according to industry group Fertilizers Europe.

“Companies cannot continue to take the risk of producing fertilisers with present gas prices and putting the product into storage for later sale as that is too risky,” Fertilizers Europe spokesperson Lukaz Pasterski said.

As almost every major crop in the world depends on inputs like potash and nitrogen, farmers would have problems growing products from coffee to soybeans without a steady supply, according to the report. The fact that Russia was also a key fertiliser supplier had also affected global stocks.

Meanwhile, the Brazilian government has announced a National Fertilizer Plan in a bid to reduce the country’s dependency on imports from 85% of demand to 45% until 2050, according to an AgriCensus report on 11 March.

The fourth biggest importer of fertiliser globally and responsible for 8% of worldwide consumption, Brazil imports 85% of its demand for potassium, phosphorus and nitrogen.

“We are not looking for self-sufficiency, but rather the ability to overcome challenges and maintain our agribusiness," Brazilian agriculture minister Tereza Cristina said. “But we will have our foreign dependence greatly reduced.”

The plan included measures that were already in place but were intensified following Russia’s invasion of Ukraine, the report said, and included negotiating with exporter countries to ensure current contracts were fulfilled and searching for an increase in volumes shipped to Brazil.

The plan also includes incentives to increase the use of organic fertilisers, financial investments in research and visits to producers across the country by the Brazilian Agricultural Research Company (Embrapa) to promote increased efficiency in the use of fertilisers and inputs in the field.

Embrapa's work alone was expected to reduce Brazil's demand by 20% in the 2022/23 crop, the government said.