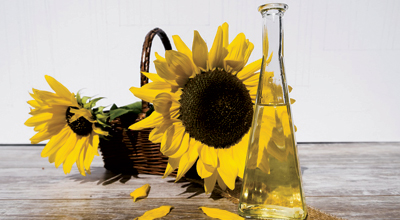 The Russian government has introduced quotas for sunflower oil and meal exports and temporarily banned exports of sunflower​seed and rapeseed in a bid to protect the domestic market and meet the needs of processors, AgriCensus reported from local media on 31 March.

From 15 April to 31 August, quotas of 1.5M tonnes and 700,000 tonnes have been set for sunflower oil and sunflower meal respectively while the temporary ban on sunflower and rapeseed seeds would be in effect from 1 to 31 April, according to the report.

The government's intervention in the oils and fats industry followed Russia's invasion of Ukraine on 24 February which had led to the blockage of port infrastructure in Ukraine, the world’s largest sunflower oil producer and exporter, leading to a shortage of sunflower oil supply and subsequent price rises, AgriCensus wrote.


Only direct producers could export sunflower oil within the quota, according to sources based in Russia.


Some market analysts considered the volume of the quota sufficient while others said that Russian producers could export up to 2M tonnes by the end of the 2021/22 season.


From 1 April, Russia’s sunflower oil export duty will increase by US$52.9/tonne or by 20.3% compared with the March indicator and will total US$313/tonne, according to a 14 March publication from the Ministry of Agriculture of the Russian Federation.

According to March estimates from the United States Department of Agriculture (USDA), sunflower oil and sunflower meal exports from Russia were estimated at 3.65M tonnes and 1.8M tonnes respectively.