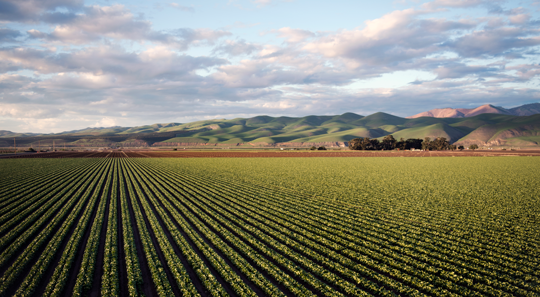 Consolidated by the CNI, the declaration includes demands such as the return of the activities of the Appellate Body of the Dispute Settlement Body (DSC) of the WTO, the fight against industrial and agricultural subsidies and the implementation of a Plurilateral Agreement on Facilitation of Investments (AFI) .

For CNI and Fiesp, the resumption of activities by the Appellate Body is crucial for the functioning of the Dispute Settlement System. Today, there are five cases presented by Brazil pending analysis, in four different sectors. According to a CNI survey, they amount to at least US＄ 4.4 billion in market access barriers or subsidies applied by other countries, which violate WTO rules and harm Brazilian production and exports.

For Jackson Schneider, president of Fiesp's Superior Council for Foreign Trade (Coscex), it is important that the WTO dispute mechanism regains its legitimacy and its enforcement tools. "Transparency and reporting mechanisms need to be strengthened so that we can have an increase in compliance behavior from its members," Schneider said.

In his welcoming speech to the director of the WTO, the president of Fiesp, Josué Gomes da Silva, said that the entity defends and believes in the importance of rules-based international trade, and the WTO is the pillar of this system. "With all its flaws and peculiarities, we understand that multilateralism is still the best answer to the protectionism that increasingly threatens the free movement of goods and services around the world," he said.

He also reinforced the campaign to rescue the Dispute Settlement System. "We support the WTO and we want it to be strengthened, especially the dispute settlement body, which we want it to fully operate again," said Josué Gomes da Silva.

Another agenda that the Brazilian industry considers fundamental is the normative advance in the control of subsidies, through the expansion of the list of prohibited subsidies and the increase in the transparency of the incentives granted by the WTO members. According to Fiesp and CNI, the Agreement on Subsidies and Compensatory Measures (ASMC) has not been sufficient to respond to subsidies that distort the market, including some related to state-owned companies, practices of non-market economies and in financing at rates below market values.

Fabrizio Panzini, CNI's International Integration Manager, recalled that half of the WTO members do not notify their subsidies, that is, "it is not in compliance with their obligations". Taking the same line, Jackson Schneider condemned what he called "protectionism in disguise."

"A topic very dear to Brazil is the relationship between trade and sustainability," said the president of Coscex. "We believe in the need to preserve the environment, but we understand that environmental protection cannot be disguised as protectionism and unnecessary obstacles to trade," he added.

The Investment Facilitation Agreement (AFI) was another point defended by industrialists and aims to establish a more transparent, efficient and favorable business climate for global investments. The CNI estimates that the impact for Brazil would be an accumulated GDP gain of 2.1 percentage points between 2022 and 2027, a 0.42% growth in employment (or 165,000 jobs) and a 5.9% increase in investments. in the country in the period.

Ngozi Okonjo-Iweala's visit to Brazil is part of a preparatory agenda for the 12th Ministerial Conference (MC 12), scheduled for June and which should bring up much of the concerns raised this Tuesday (4/19) by the of 100 businessmen who gathered at Fiesp.

For the audience of industrialists, presidents and councilors of the São Paulo industrial federation, Ngozi Okonjo-Iweala stated that the WTO is aware of the issues raised by the participants, mainly those related to the environment and subsidies.

"Like you and many developing countries, I am concerned about turning this [environmental protection] into protectionism," said the Nigerian woman. "We need to create dialogues with jurisdictions within the European Union and prevent small and medium-sized businesses from being harmed and this resulting in protectionism or high trade costs," he noted.

On the subsidy agenda, Iweala announced that the WTO is preparing a report that should be released in the coming weeks. The objective is to analyze the impacts that agricultural and industrial subsidies can have on the global market and propose solutions for this unfair trade practice. The WTO director praised the progress achieved by Brazil in recent decades and proposed that the audience reflect on the current moment of multilateralism.

"The crisis of multilateralism exists, but I ask people to think a little: globalization has given us a lot over the years, it has integrated the world and brought a long period of peace," said Iweala. "We need to use reglobalization as a tool to unite marginalized countries and peoples on the world stage of trade," he added, noting that limiting multilateralism would have great economic costs.

The first woman and the first African to head the WTO, Okonjo-Iweala took office in March 2021. She was Minister of Finance of Nigeria (2003-2006 and 2011-2015) and Minister of Foreign Affairs in 2006. She has a career of 25 years. years at the World Bank, where she reached number 2. She graduated from Harvard University and has a doctorate from the Massachusetts Institute of Technology (MIT).


This text was translated by machine from Brazilian Portuguese.
Source: DATAGRO