Posted by Rafael Moro
May 09 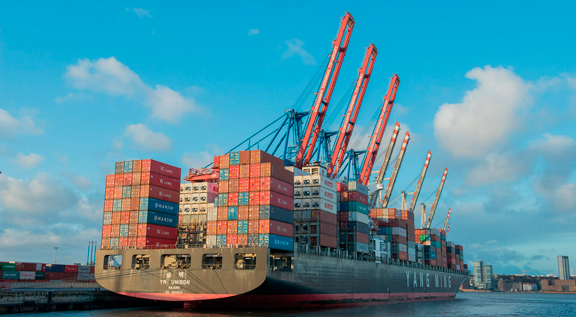 A total of 61,007 tonnes of vegetable oils were exported by rail from Ukraine last month, AgriCensus reported.

Following Russia’s invasion of the country on 24 February and subsequent blockage of deep-sea ports, Ukraine has struggled to exports its crops by sea, forcing more exports by rail, according to the 29 April report.

During the reported period between 1-27 April, Izov continued to be the most popular and busy border point, taking the highest volumes of vegetable oils through the Polish border, the report said.

Meanwhile, a German government official was quoted as saying in a World Grain report on 2 May that Russian attacks on Ukraine’s grain infrastructure appeared to be attempts to reduce competition in Russian export markets.

However, suspicion was growing that Russian President Vladimir Putin was seeking “in the long term to remove Ukraine as a competitor”, Oezdemir said.

Russia and Ukraine combined contribute 29% of global wheat exports and the conflict had devastated the latter’s ability to harvest and export its share this year, World Grain wrote.

Against this backdrop, the German government was working towards building a “grain bridge” to move agricultural products out of Ukraine, World Grain reported on 27 April from a report by German media outlet Handelsblatt.

Parliamentary State Secretary in the Federal Ministry of Transport Michael Theurer told Handelsblatt that talks were being held with Ukrainian railways and other European railways, such as neighbouring railways in Poland, the Czech Republic, Slovakia and Romania.

Up to 20,000 trains could be run, according to the Handelsblatt report.

“As a rail transport officer, I am committed to ensuring that 20M tonnes of grain can be shipped in order to avert a global hunger catastrophe,” Teurer said.