Posted by Rafael Moro
May 12 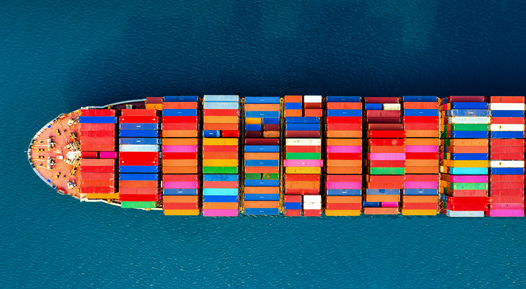 A Panamax bulk carrier has been loaded with Ukrainian corn in the Romanian port of Constanta – the first shipment from Ukraine since the Russian invasion began, AgriCensus wrote.

The shipment was completed from a number of smaller volumes that had passed across the border over several weeks and was reportedly heading to Spain, according to the 28 April report.

“On the origination side, it takes a couple of weeks to originate Ukrainian corn in Constanta, but ULF brought in a lot of barges in a short time,” the Al Dahra team told AgriCensus.

Larger vessels were expected to be loaded with Ukrainian corn, according to sources quoted in the report, and were due to be shipped from the same port.

Meanwhile, the Ukrainian government had reached an agreement with Bulgaria on the transportation of Ukrainian grains via the Bulgarian port of Varna, AgriCensus wrote.

At the time of the report, Ukraine was restricted to loading coaster-sized vessels from its shallow ports Izmail and Reni in the extreme south of the country on its border with Romania.

However, larger Panamax volumes were key in connecting Ukrainian supply with Asian markets, the report said.

To continue exporting larger volumes, exporters would have to deliver grains to the nearest deep sea ports across the European Union (EU), the report said, which would take time and increase costs while creating a range of logistical problems.