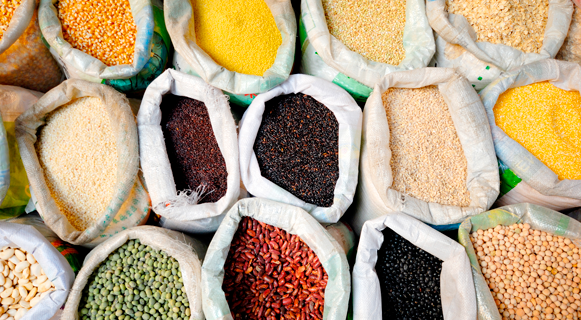 Russia has exported at least 400,000 tonnes of grain from occupied Ukrainian territories, Ukrinform reported a Ukrainian agriculture minister as saying.

The claim was made by Ukraine’s first deputy minister of agrarian policy and food Taras Vysotskyi to RFE/RL’s Crimean Realities project, according to the 26 June report.

“At the time of the actual occupation, there were about 1.5M tonnes of grain in these areas, according to elevator registers. We received information from Ukrainians staying in those territories about the fact of export. If you add all these cases, this is about 400,000 tonnes,” he said.

According to the Center for Food and Land Use Research of the Kyiv School of Economics (KSE Institute), the losses of Ukrainian agriculture from the full-scale invasion have already amounted to US$4.3bn, Vysotskyi added.

Against this backdrop, Germany’s foreign minister has said Russia has turned a wave of food crises into a “tsunami” by blocking 25M tonnes of grain exports from Ukraine’s ports, The Guardian reported.

Speaking at the start of an inter-ministerial food conference in Berlin, prior to the G7 meeting held 26-28 June in Germany, Annalena Baerbock said 345M people worldwide were currently facing food shortages, according to the 24 June report.

Russia was using hunger as a weapon of war, Baerbock reportedly said.

In response to Baerbock’s comments, former Russian president and prime minister Dmitry Medvedev said: “It is amazing to hear this from officials who kept Leningrad in blockade for 900 days, where almost 700,000 people died of starvation.”

However, Baerbock’s criticism of Russia was backed by Arif Husain, the chief economist at the United Nation’s (UN) World Food Programme, who said it was not sanctions that were causing the food crisis but war. “We tend to address the symptoms and forget the root cause, and the root cause is war,” he said.

More than 40 countries were now facing food inflation of over 15%, Husain said, and more than 30 economies had seen their currency depreciate by more than 25%.